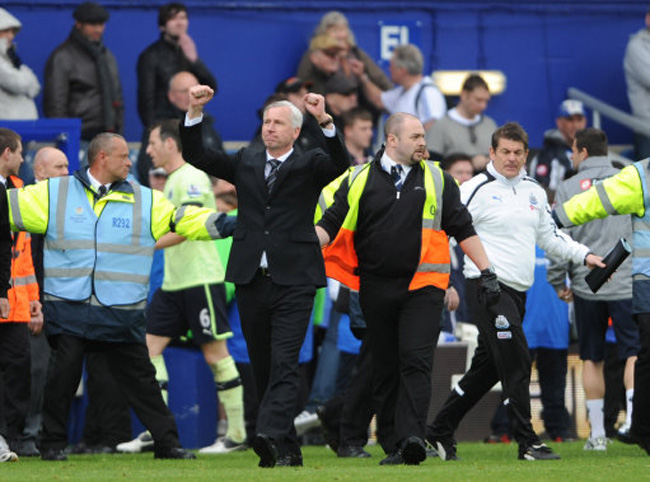 Newcastle finally secured their place in next season’s Premier League after a hard-fought win at a tense Loftus Road.

Both ‘Smiling’ Jose Bosingwa and ‘Tweeting’ Stephane MBia were booed from the off by the Hoops faithful and were eventually subbed off at half-time, the poor dears.

All the goals came in the first period, with two rather dubious penalty decisions allowing Loic Remy and then Hatem Ben Arfa to convert their respective spot-kicks before another Frenchman, Yoan Gouffran, fired into an empty net on 35 minutes after a right old mix up at the back for Rangers handed the Magpies the game on a plate.

Even the second-half sending off of goalie Rob Elliot for handling outside the box (a dubious decision) couldn’t stop Alan Pardew’s men from claiming the all important win, while Harry’s Hoops will look to regroup ahead of a season back in the second tier.