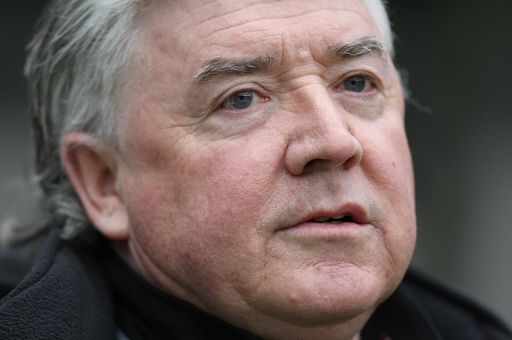 Sound the big words out Joe, sound them out

Quite why Mike Ashley thought bringing him back into the fold was a good idea is beyond us, but Big Fat Joe F**king Kinnear is back at Newcastle as director of football, four-and-a-bit years after a heart attack saw his sweary reign as manager at St James’ Park brought to an abrupt end.

Kinnear invoked the ire of many during his ill-fated stint at Newcastle when he repeatedly struggled to pronounce even the simplest of his players’ names, famously referring to Charles N’Zogbia as “Charles Insomnia” during a press conference – with the mardy-arse French winger then refusing to play for the club again while Kinnear was in charge.

“OK, I got a little tongue-tied,” said Big Fat Joe at the time. “But if I had a pound for every time I’ve mis-pronounced a player’s name down the years, then I’d be a very wealthy man indeed.”

Well, Kinnear would’ve just added a few more groats to his coffers last night when he went on an absolute mis-pronunciation rampage during an interview with TalkSPORT, in which he repeatedly flubbed the names of Derek Llambias (pronounced “Derek Llambeezi”), Hatem Ben Arfa (“Hatem Ben Afra”), Shola Ameobi (“Shola Amemobi'”) and – saving the best for last –  “Yohan Kebab”.

He also claimed to have signed Tim Krul during his time as manager of the Magpies despite the Dutch ‘keeper being on the Newcastle books for a full two years before BFJFK turned up.

This from a guy who yesterday claimed that he’s “certainly got more intelligence” than the critics and media naysayers who are currently lampooning him.

We strongly urge you to read the entire batch of quotes here. The delusion is strong in this one.