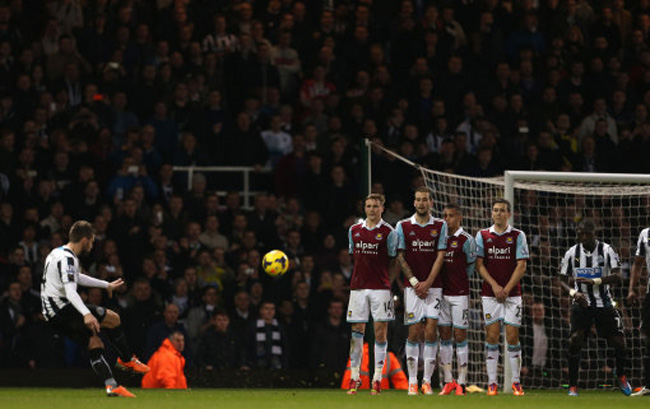 West Ham produced a rather limp performance against Newcastle on Saturday which saw them slip back into the relegation zone. French schemer Yohan Cabaye was the star of the show, with a fine goal in both halves as the visitors outplayed their lacklustre hosts. A Mike Williamson own-goal just before half-time had made it 2-1, after Loic Remy had added to Cabaye’s opener. However, in the second-half, the Hammers failed to click into gear, with both Carlton Cole and sub Andy Carroll missing horribly from close-range. And then, at the death, Cabaye netted a superb free-kick to seal the deal for Alan Pardew’s men,  as the pressure once again increases on Big Sam.