Not the best of starts for Newcastle boss John Carver, who is in charge of the club until at least the end of the season. Getting off the team bus outside the KC Stadium in Hull, the 50-year-old’s min was understandably on other things, as he smacked his bonce off the wing-mirror. 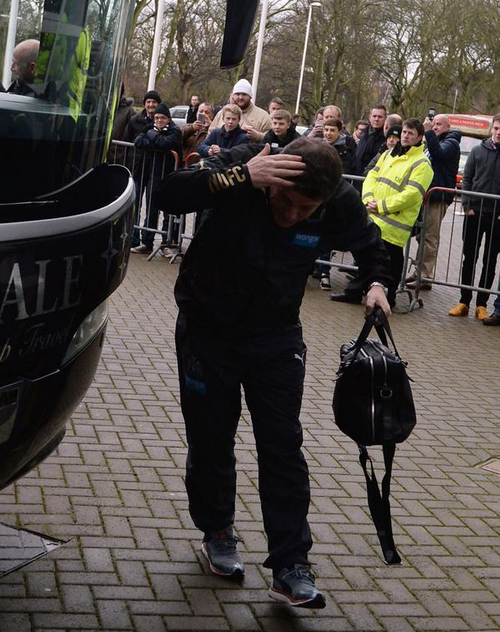