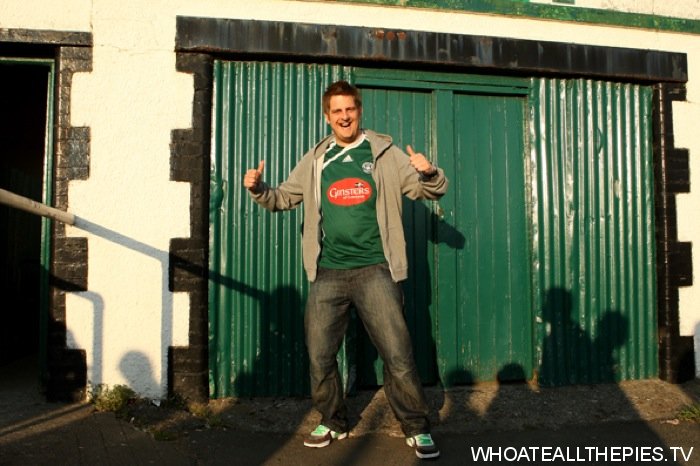 A Plymouth Argyle fan outside Home Park before the game