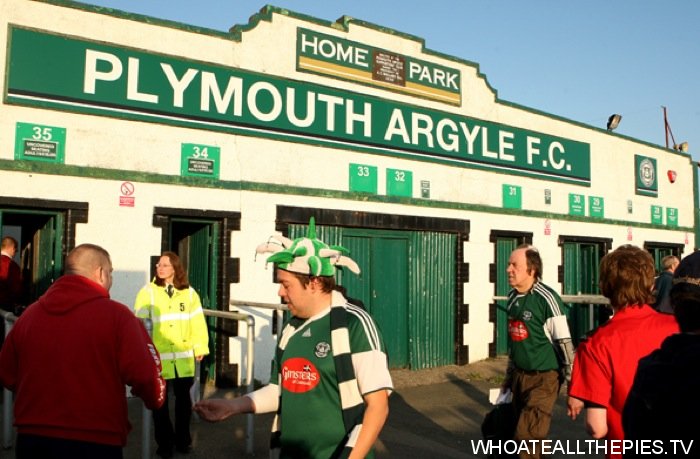 A view of Home Park before kick-off