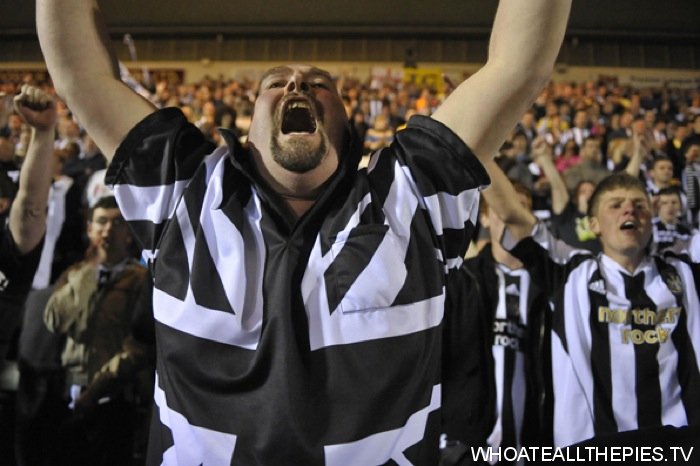 Newcastle fans celebrate their side winning the Coca-Cola Championship