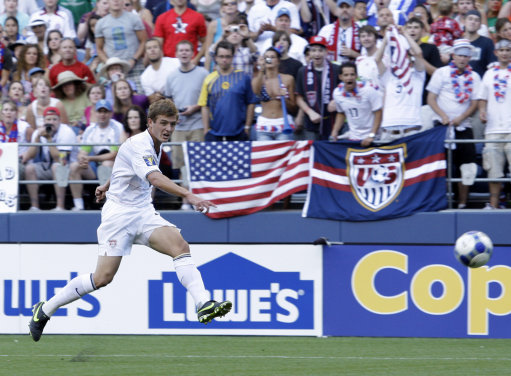 By way of a personal blog post, former Leeds midfielder and USA international Robbie Rogers, 25, has come out as gay while announcing that he is retiring from football with immediate effect to spend the next chapter of his life “discovering himself.”

Rogers was released by Leeds in January after returning from a loan spell at Stevenage and has made the decision to come out after keeping his sexuality a secret for so long and step away from the game so as to begin the process of redefinition.

“I always thought I could hide this secret. Football was my escape, my purpose, my identity. Now is my time to step away. It’s time to discover myself away from football.

“For the past 25 years I have been afraid, afraid to show who I really was because of fear. Secrets can cause so much internal damage. People love to preach about honesty, how honesty is so plain and simple. Try explaining to your loved ones after 25 years you are gay.

“Football hid my secret, gave me more joy than I could have ever imagined… I will always be thankful for my career.

“Now my secret is gone, I am a free man, I can move on and live my life as my creator intended.”

The full blog post is available to read here.

Having learned of his decision, PFA Chairman Clarke Carlisle told Rogers that he’d have the organisation’s “full respect and support” whatever he chose to do next. Nice touch.

As we’ve said before many times on Pies: Openly gay, openly straight  – you shouldn’t feel the need to be openly anything as far as your professional life is concerned, but kudos to Robbie for taking his destructive demon by the horns and facing it head on.

Here’s to a happier life for him, and here’s hoping that one day he feels he’s able to return to play the game that he loves.