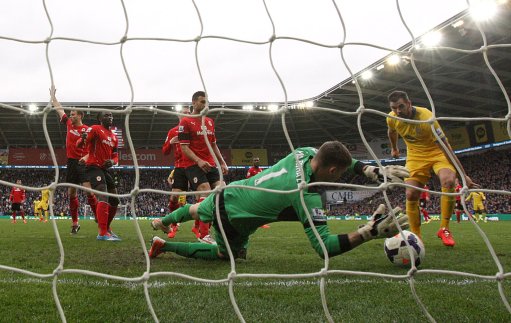 Cardiff City have reportedly written to the Premier League to formally request that their defeat against Crystal Palace from earlier this month be voided entirely on the grounds of ESPIONAGE.

BBC Sport are claiming to have seen the five-page letter, sent to the Premier League by Cardiff’s legal team, which kindly requests that the 3-0 loss against Palace on April 5th be struck from the record books on account of Palace’s sporting director Iain Moody (who was sacked by Cardiff in October last year, only to be snapped up by Palace the following month) successfully obtaining The Bluebirds’ starting line-up for the game beforehand.

According to the Beeb, Cardiff have called the integrity of the match into question and also alleged that Palace manager Tony Pulis was aware that Moody was attempting to pilfer details of Cardiff’s team before that game in question.

The Premier League have already confirmed that they are investigating Cardiff’s claims.