Football being football, you don’t usually have to go too far before you bump into what we used to call in the playground, a ‘glory hunter’.

You know the type: the self-proclaimed “Manchester United fan of 30 years” (usually born and bred in deepest, darkest Essex) who can’t for the life of him put a name to George Best’s face.

Interestingly, a hypothetical infographic has been produced that details just where the power would lie in terms of supporter base if every football fan in England actually supported the nearest football team to their home address.

Compiled by amateur data lover Philip Usher, the results show that Brighton & Hove Albion come out on top, thanks to a healthy population in their catchment area and a distinct lack of local rivals… 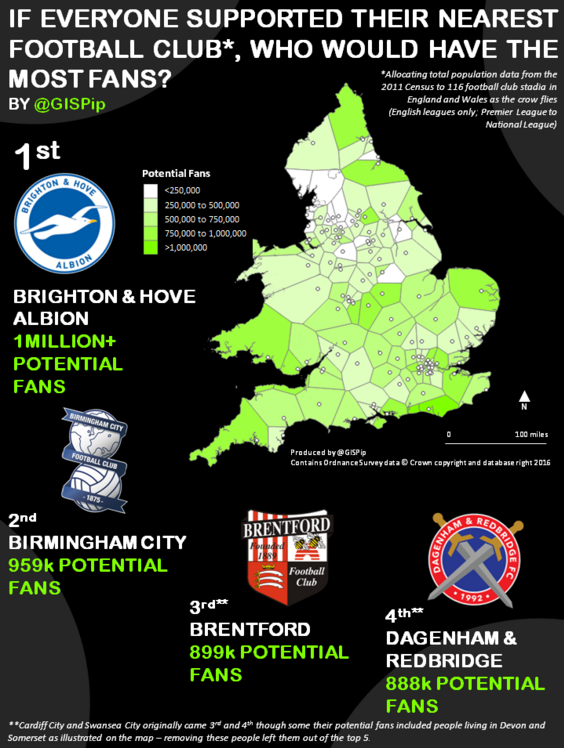 Intriguing stuff. Birmingham City in at number two is a bit of a surprise, given the relative abundance of other clubs in the vicinity.

If you fancy having a closer butcher’s, Philip has uploaded all of his raw data onto Google Fusion for people to have a fiddle with.