Not only did Guildford City’s recent Combined Counties Premier Division game against North Greenford not only coughed up a fizzling 4-4 draw, it also ended with a true modern classic of sporting photography being added to the canon.

In the act of celebrating one of Guildford’s goals, press photographer Paul Burgman also managed to capture a little extra “team spirit” emanating from the showers in the background… 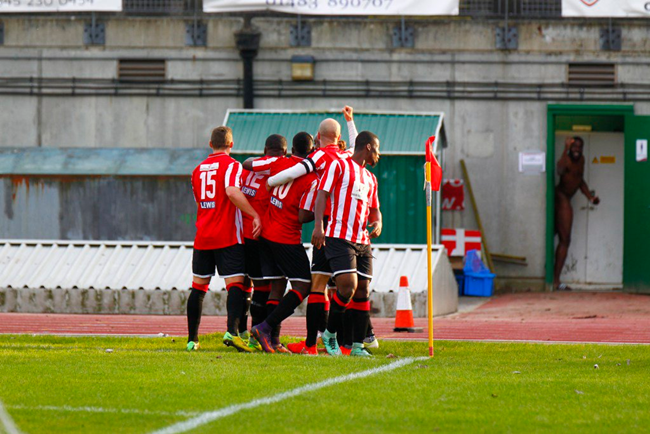 For the record, the nudie rudie in question is Guildford captain Darryl Siaw, who had been forced to come off in the first half after tweaking his hamstring.