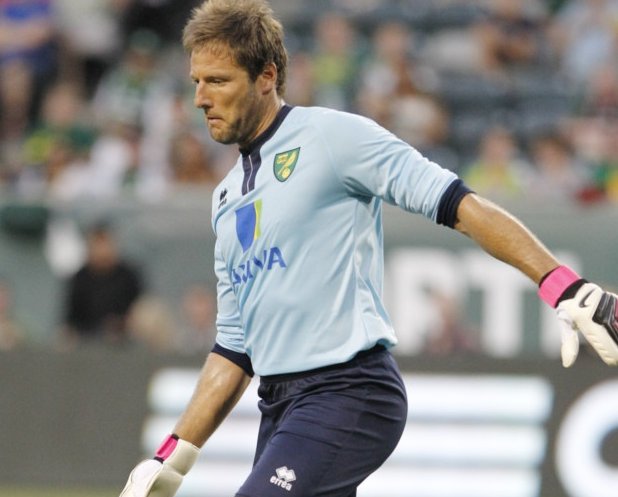 Thanks to a deliberate sabotage campaign by disgruntled Norwich City fans, Carlo Nash is currently first in the running to be named The Canaries’ Player of the Year despite not making a single first-team appearance in 2013/14.

Understandably, an awful lot of Norwich fans are not best pleased with the way the side’s season has panned out, with several players coming in for a panning over the course of the campaign.

With that in mind, hordes of fans have taken it upon themselves to hijack the club’s Player of the Season vote, with over 2,000 nominations for Nash, 40, being registered on their official Facebook page as well as hundreds more via email, post and Twitter using the #NCFCPOTS hashtag.

Nash, who has been named on the Norwich bench nine times this season, has been made aware of the vote-rigging and announced that he will “graciously decline” the award if he ends up with the highest number of votes…

@jamiecox98 @TheRedRedRobbie @AlexKibbleWhite I would have to graciously decline and of course give it to someone who has earned it.