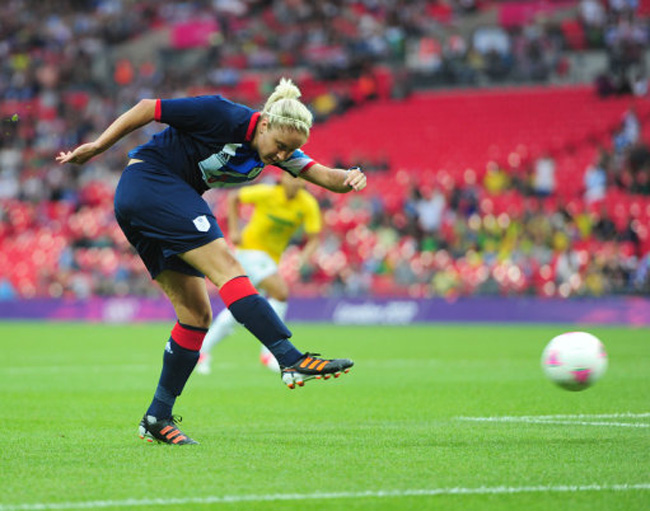 In what could be a seminal moment for women’s football in the UK, a crowd of over 70,000 saw Team GB take on and beat the mighty Brazil by a 1-0 scoreline, a result that sees Hope Powell’s side top Group E (with three wins out of three) and face Canada in the knockout stages.

Left-back Steph Houghton (oddly pronounced ‘Hawton’ rather than in Ray ‘Houghton’) was the goal-hero yet again, with the Arsenal defender netting in the first-half with her third goal in three games. Houghton’s team-mate Kelly Smith did miss a penalty but despite the best efforts of Marta and co., Brazil couldn’t break down a superb GB side.

Disciplined and confident, the GB side were a match for Brazil and deserved the victory. And with such a massive crowd watching in the stadium and with the game live on BBC1, let’s hope it helps to boost attendances in the domestic women’s game.