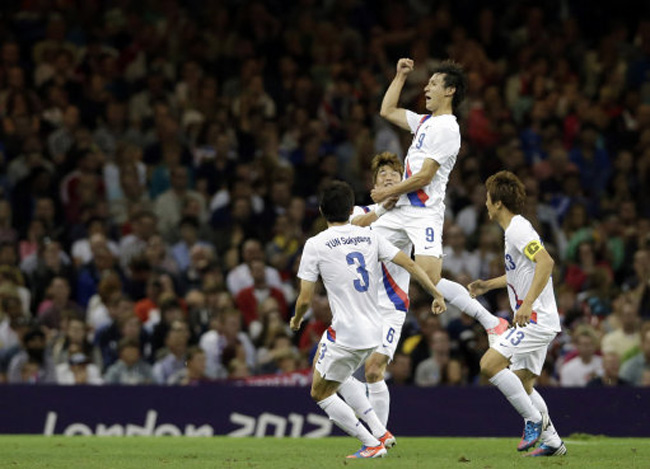 Whilst the Team GB athletics team were (to coin a phrase of da yoof) ‘smashing it’ in east London and Daily Mail readers were choking on their own racist bile, Stuart Pearce’s football side were struggling against a very decent South Korean side at the Millennium Stadium.

The Koreans went ahead in the first-half, courtesy of a strike by Sunderland forward Ji Dong-Won which ‘keeper Jack Butland really should have saved. With one hand. Blindfolded. With no head.

However, Team GB were soon back on level terms, with Aaron Ramsey’s feeble penalty kick finding the back of the net. The Arsenal man then had a chance to double his side’s score just before half-time, again from the penalty spot, only for the Welshman to fail this time.

The second-half was rather dull and then, after extra-time, it was time for penalties. Ramsey, to his credit, stepped up first and converted his spot-kick, but with the scores 5-4 to South Korea, Daniel Sturridge fluffed his lines and the medal dreams of this Anglo-Welsh mish-mash were gone.

South Korea now go on to meet Brazil, while Great Britain will vanish as a footballing entity forever, one imagines.