It was the 128th Nice Carnival this weekend (like you need telling!) and this year’s theme was ‘King of Sport’, which featured as it’s centrepiece a vast float which rumbled through the city at night, depicting – amongst others;  Barack Obama, The Pope, the Dalai Lama and, towering over them all, an intensely evil-looking, up-lit effigy of Zinedine Zidane – complete with a World Cup in hand and a huge red lump on his forehead, presumably as a result of boshing Marco Materazzi with it… 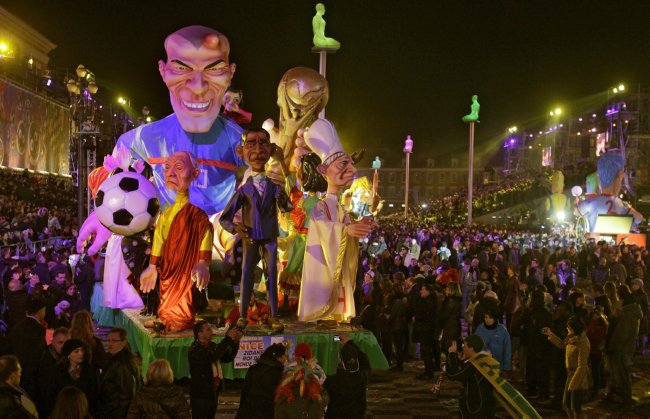 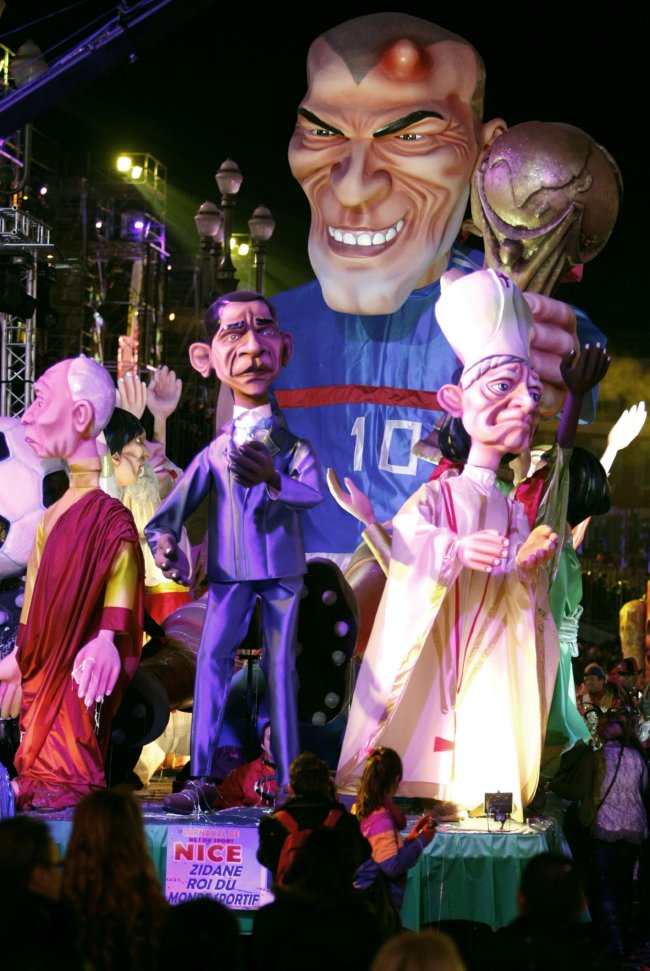 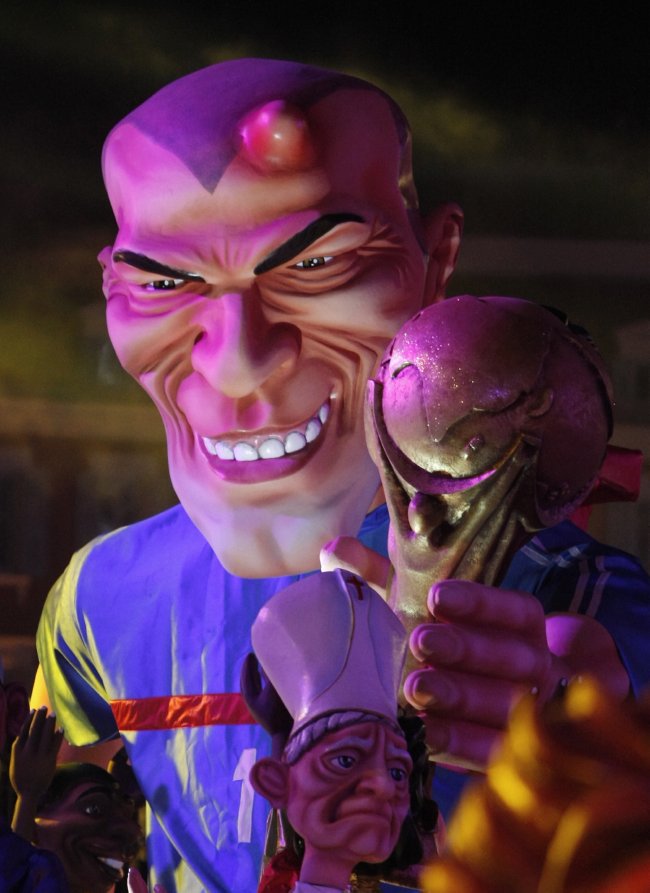 Grotesque, and hardly the most flattering rendition of Zizou’s icy-cold, widows-peaked glare that’s ever been committed to papier mache. There’s obviously a lot of work gone into it, but could they not have made their ‘King of Sport’ a little less nightmare-inducing? Harrowing.

As for the Obama/Pope/Dalai Lama, etc reference –  if anyone has even the slightest understanding of what’s going on there, we’d be greatly oblidged if you’d share.