One of English football’s greatest ever players and most vaunted gentlemen turned 90-years old today, so here’s a gallery of beautiful vintage photos of Preston deity Sir Tom Finney in his pomp.

Born on the street next to Deepdale and going on to represent North End 433 times between 1946 and 1960 (though legend has it that he very nearly wobbled and joined Palermo in 1952), Finney will forever be one of – if not the ultimate one-club man… 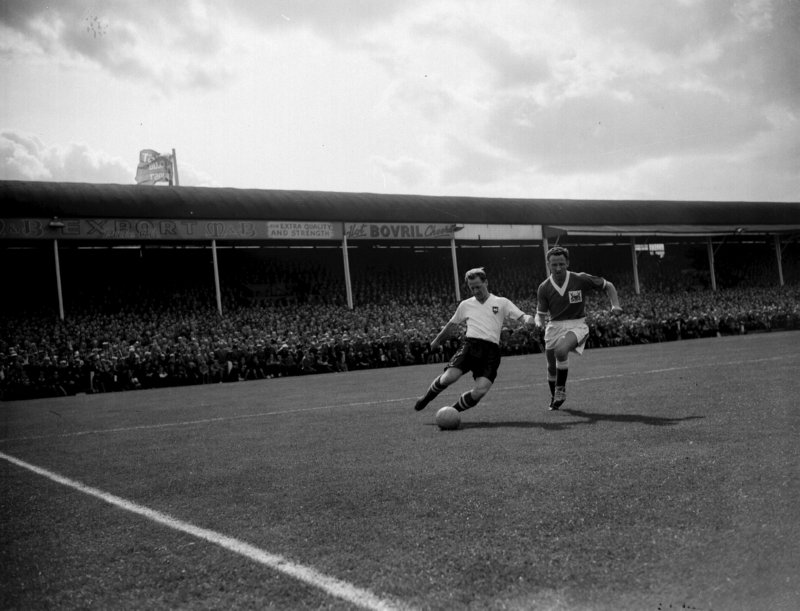 Preston North End's Tom Finney gets a cross in at the byline against Nottingham Forest, 1958

For more on the story of the ‘Preston Plumber’, you could do worse than give PNE’s official website the once over.