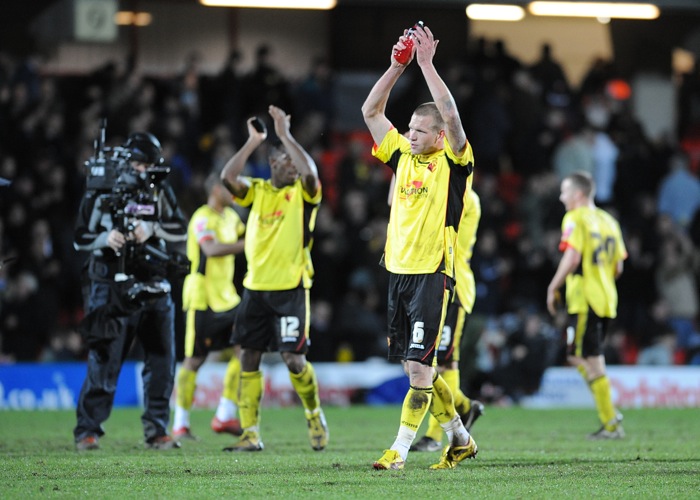 The Watford players applaud the home fans after the final whistle