With Ashley Young consigned to the gym after picking up a bit of ouchie against Norway at the weekend, the rest of the England squad (who welcomed the four Chelsea players given extra post-Champions League final leave back into the fold; Lampard, Cole, Terry and Cahill) trained at London Colney late yesterday afternoon in preparation for Saturday’s pre-Euro 2012 friendly against the big bad Belgians at Wembley, i.e, the game that will have the Hawkeye test going on in the background. 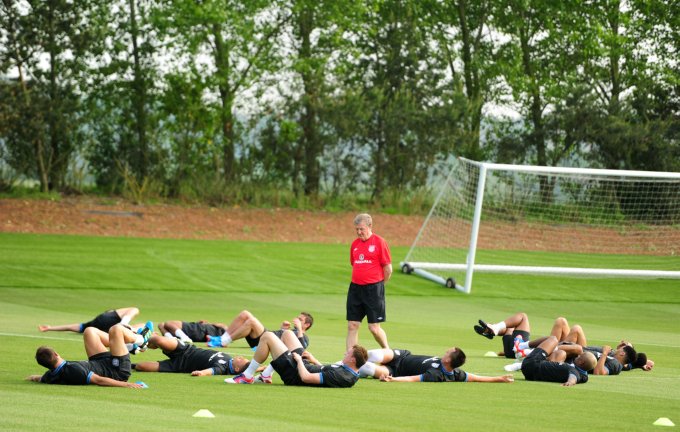 “Quiet lads, just lie still. His vision is based primarily on movement” 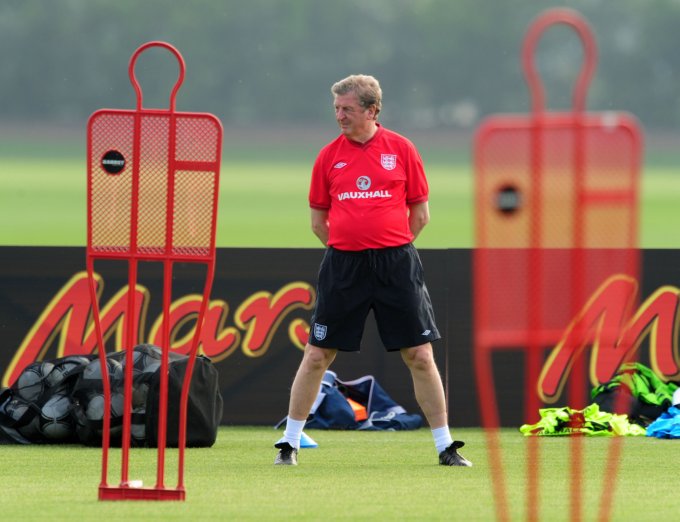 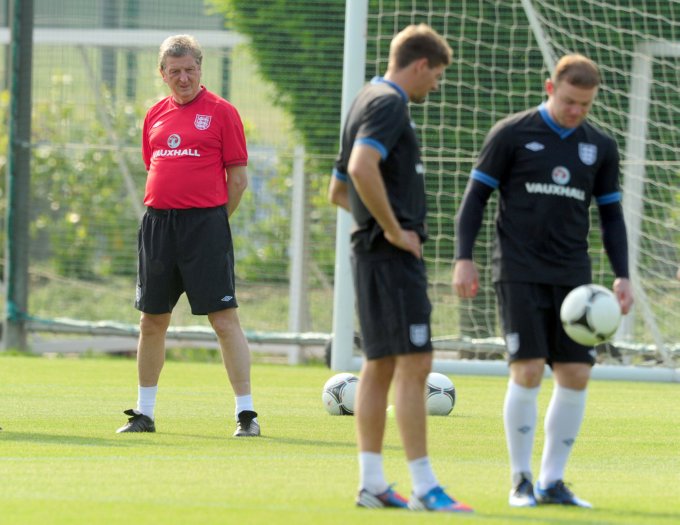 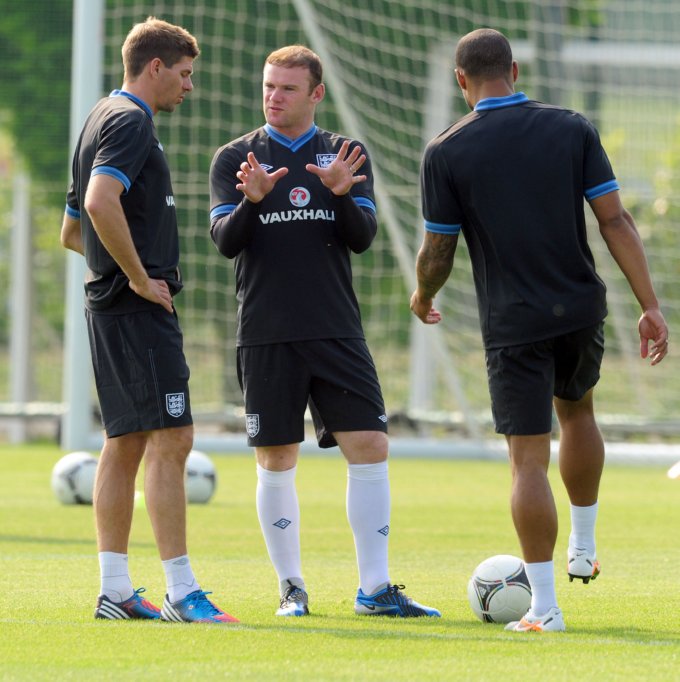 “…but have you seen the norks on the gaffer?” 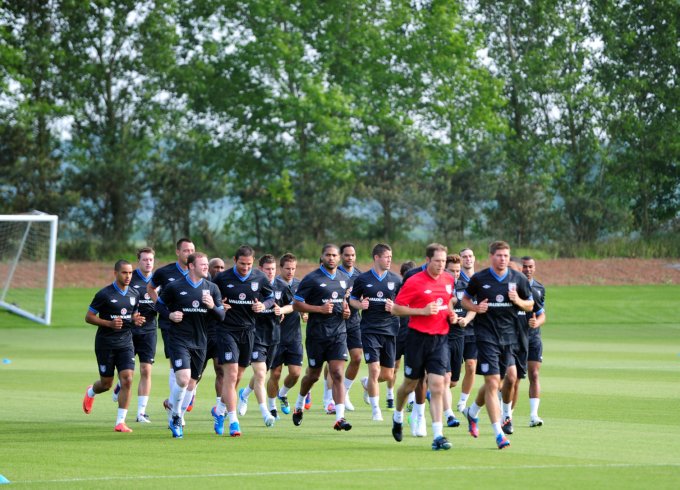 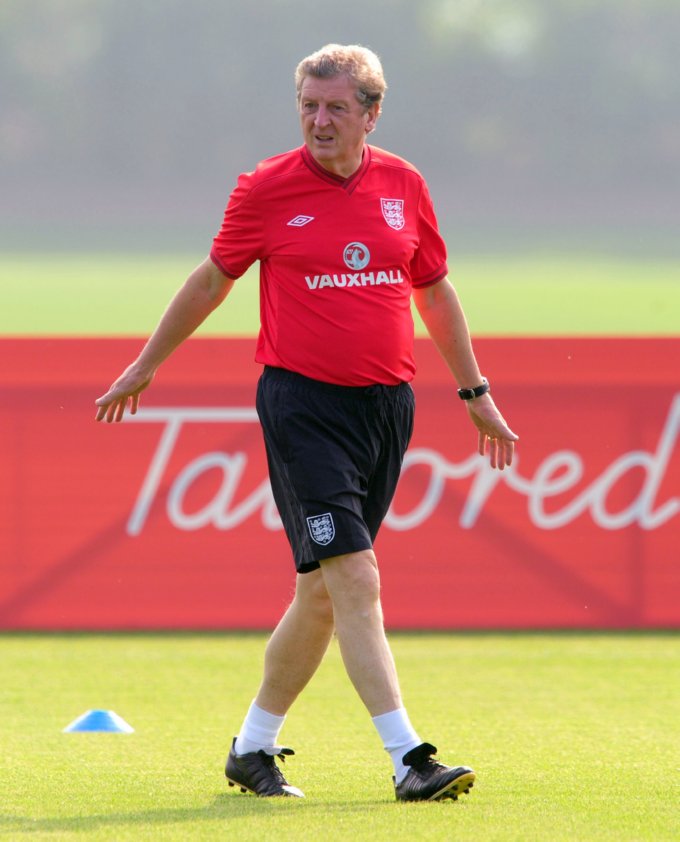 “Be honest fellas, do these shorts make my legs look dumpy?” 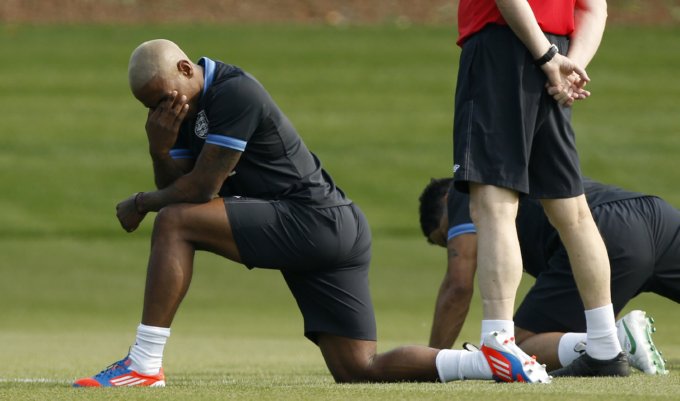 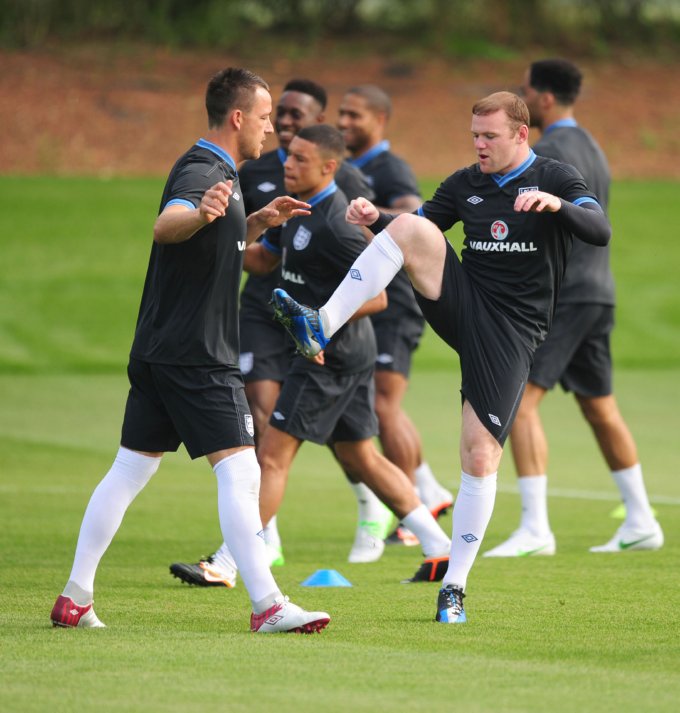 “This one’s for Alexis Sanchez you mutha!” 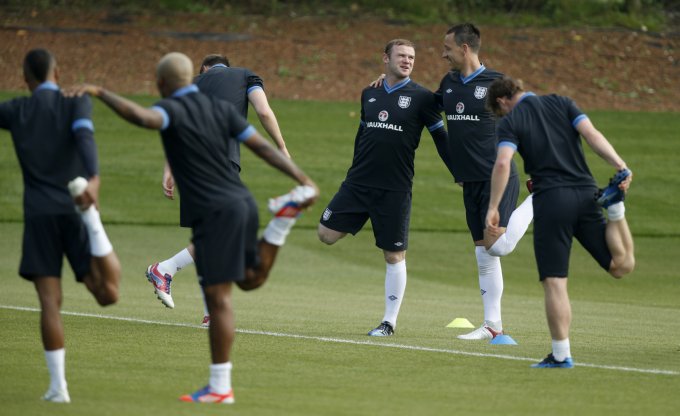 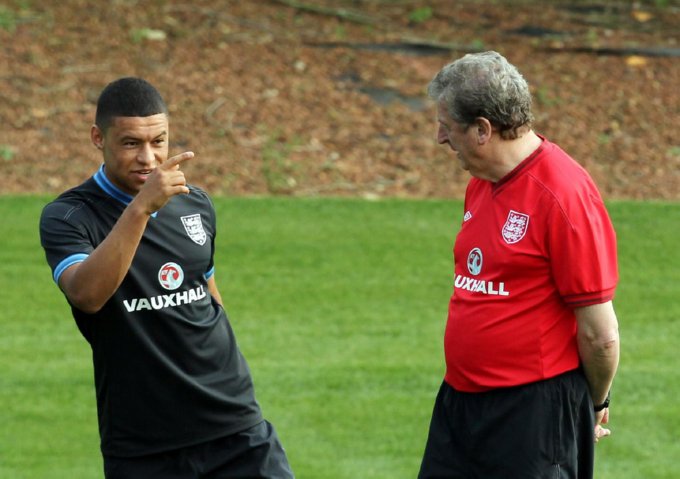 “We represent the Lollipop Guild and we want you!”