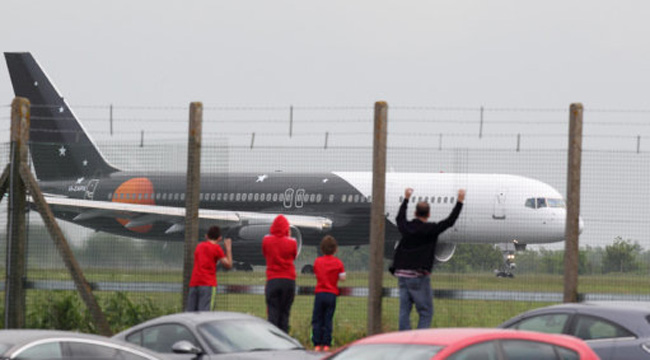 What excitement today at Luton Airport as the England squad departed for yet another major tournament failure. However, before they boarded the plane, the players did a PR thingy with Vauxhall.

Believe me, the photos of the players standing beside a Vauxhall car. signing something and then boarding the plane are exciting and dramatic yet powerful and moving.  Indeed, if the photos don’t make you well up with pure unadulterated English pride than you should be forced to leave the country ASAP.