A traditional 12,000-capacity stadium set in picturesque hillside surroundings, the City Stadium was built in 1945 almost immediately after the Second World War and by the looks of it today, that may well have been the last time the pitch was laid too.

Heavy rain has had England officials and players in a bit of a tizzy over the state of the sodden turf today, to which Montenegro coach, Branko Brnovic, retorted that he couldn’t see why England were complaining seeing as they do most of their playing up in the air anyway such is their penchant for the aerial approach. Zing-a-ling-a-ling!

Anyway, dodgy grass aside, The City Stadium – or the “Stadion Pod Goricom” to give it its proper name – is a lovely old ground (though it has been renovated several times) with a superb view away over the tree-fringed mountains to the north as these photos will duly attest… 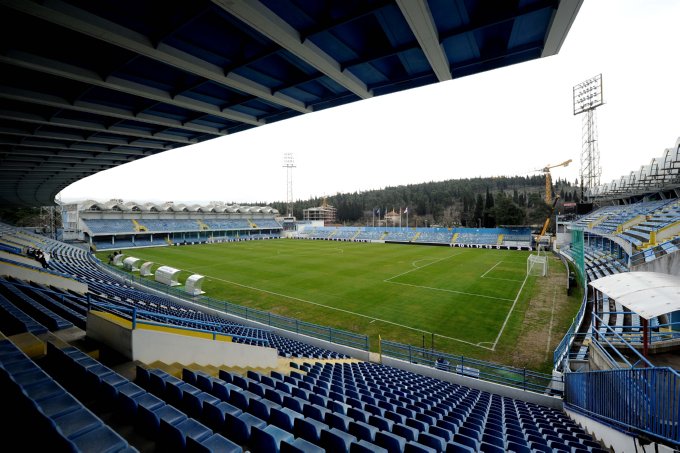 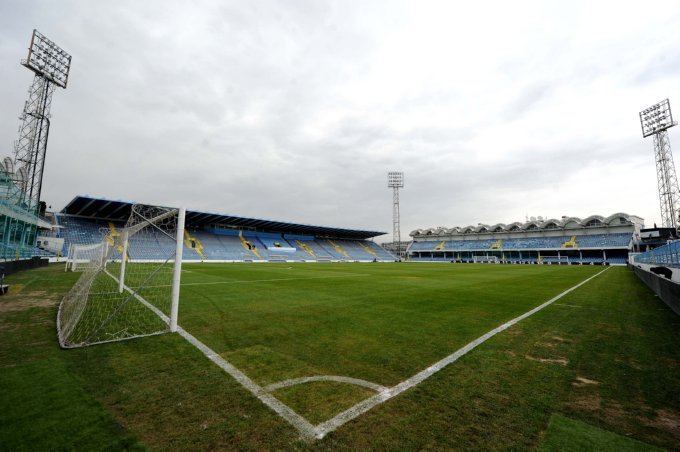 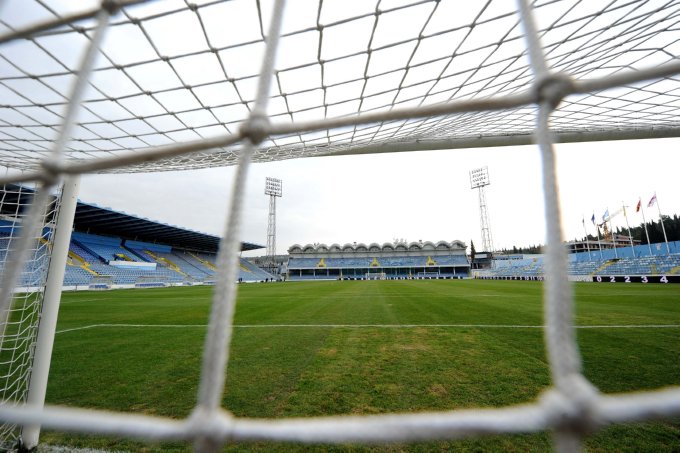 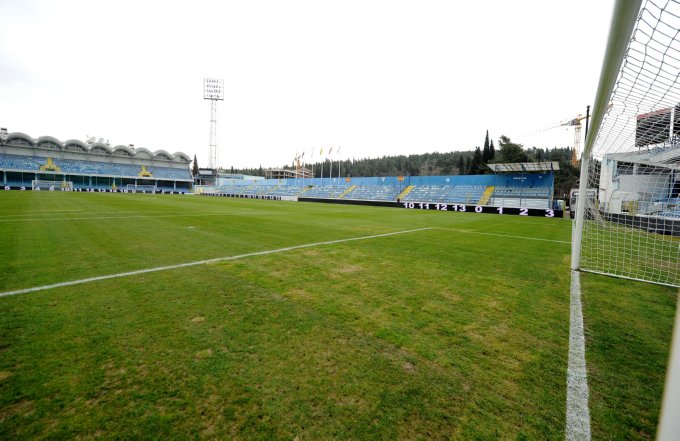 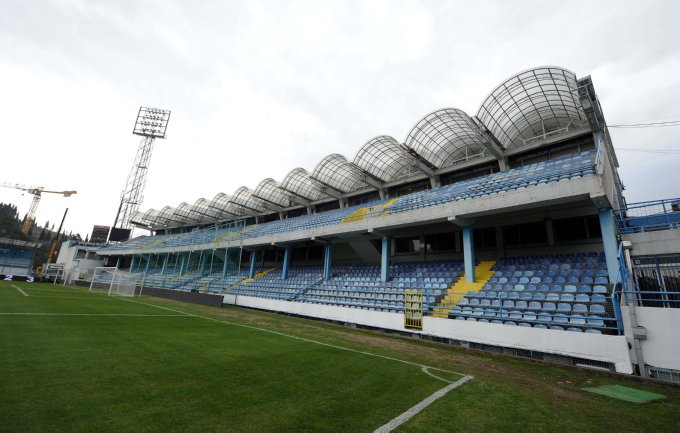 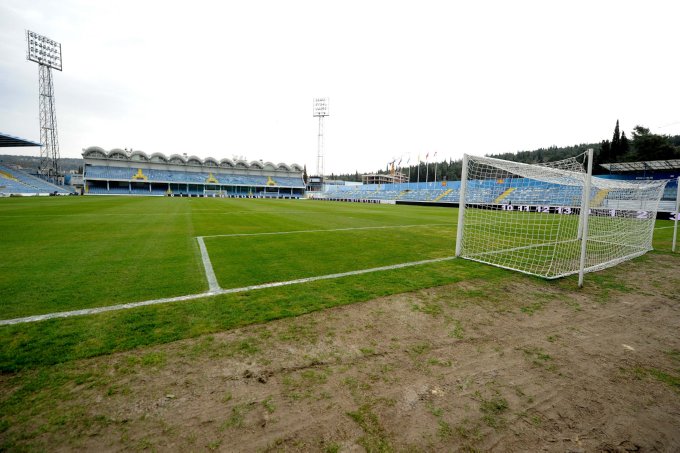 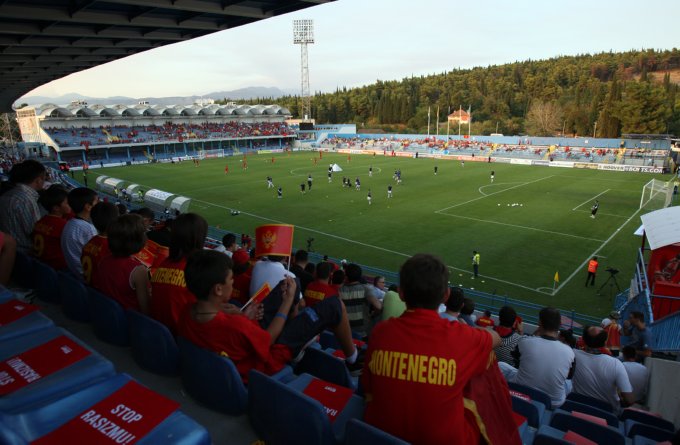 It’s even prettier by night… 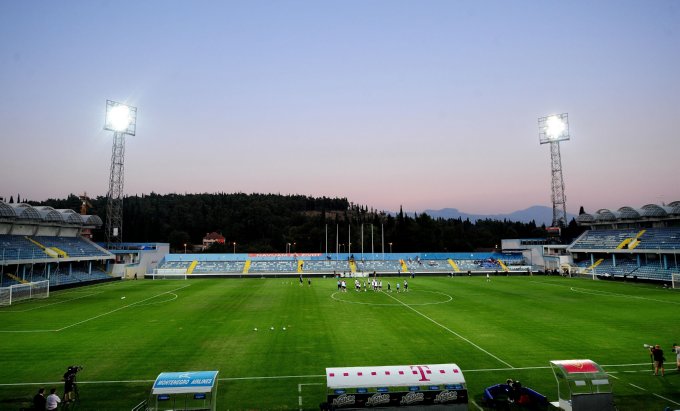 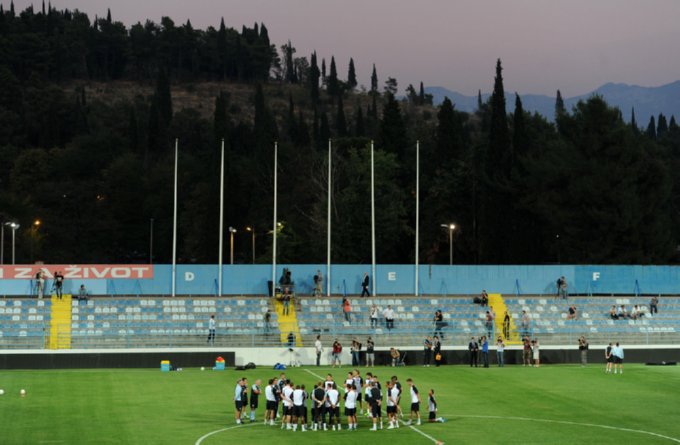