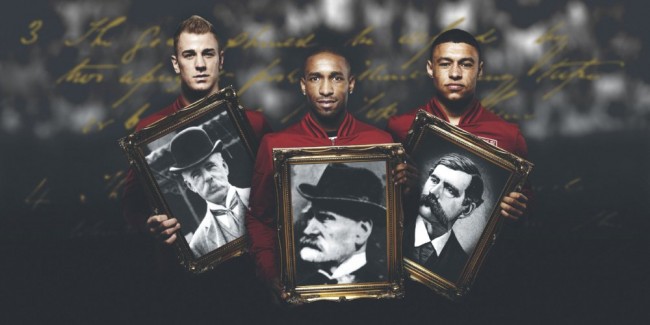 As part of their ongoing 150th anniversary celebrations, The FA are launching a search to find the living descendants of the founding fathers of football, i.e, the eight men who together outlined the 13 original “laws” of the game and bound them together to produce association football’s first official rule book in the Freemasons’ Tavern, London, 150 years ago – a weighty tome which is now estimated to be worth £1 million!

After the eightsome’s descendants are identified and located, all of them will be sent an invitation to a special ceremony at Wembley in October where their ancestors will be honoured.

To find out more about the FA’s search for living descendants of the founding fathers, please visit www.thefa.com/foundingfathers and if you have any information that can assist, please email foundingfathers@thefa.com