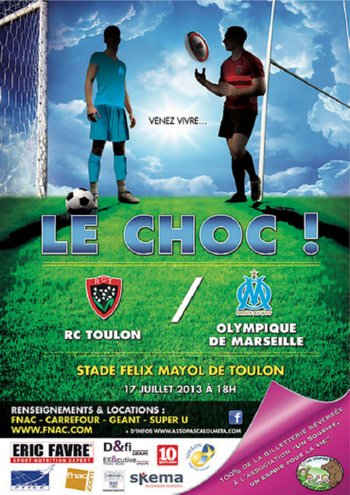 As pre-season friendlies go, Olympique Marseille’s match against Toulon last night was fairly unique in that Toulon are a rugby club and the game itself was a kind of mish-mash hybrid of the two codes in aid of a local charity – all refereed by Eric Cantona. Are you following?

Football and rugby on the same pitch? As Egon Spengler will tell you, you should never cross the codes. Try to imagine all life as you know it stopping instantaneously and every molecule in your body exploding at the speed of light. That’s what will happen if you cross the codes.

The first half was played loosely adhered to the rules of football with Marseille going in 5-4 up at the break, before the silly-shaped ball, gum shields and thigh tape were brought out for the second 45 minutes – which was loosely rugby-flavoured.

Marseille just about held on to their slender lead come the final whistle, eventually winning the game 36-35 thanks to tries from Andre-Pierre Gignac, Alaixys Romao and L’OM physio Christophe Manouvrier – though new signing Dimitri Payet missed a slew of conversions throughout the second half which could and should have put the tie well and truly beyond Toulon.

Unfortunately we can’t find any footage of the match so you’ll have to make do with these photos, the first of which shows diddy 5’6″ Mathieu Valbuena (complete with scrum cap) about to be eaten whole by Toulon’s 6’3″ hairy hellbeast Pierrick Gunther… 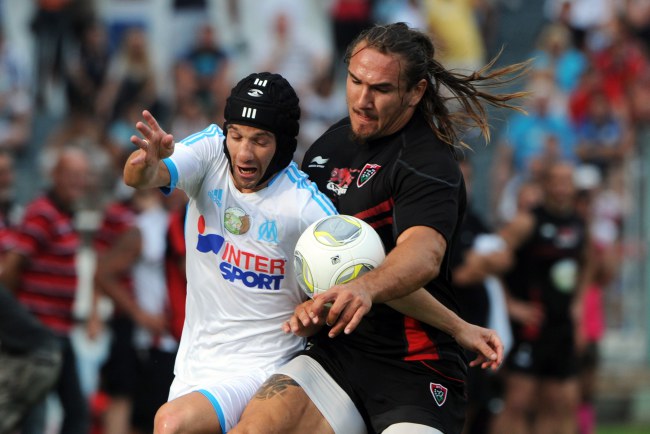 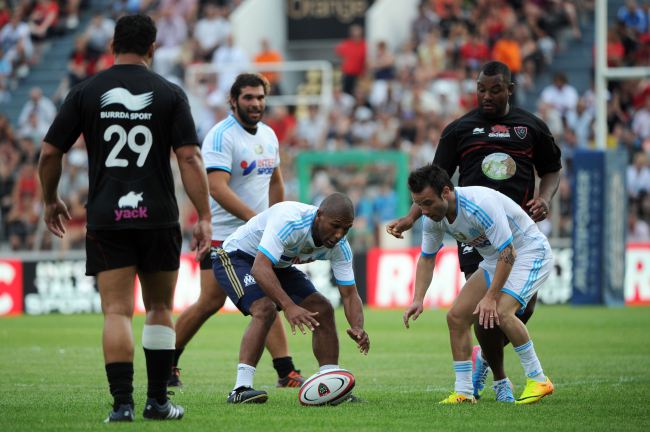 And a jolly good time was had by all!

UPDATE: Here’s Eric le Cantona pulling off a rugby trickshot in the second half with a bit of majestic “crossbar challenge” jiggery pokey…