SPAIN v Honduras proved that there are easy games in the World Cup – as if any further proof were needed after Portugal sent North Korea’s valiant players back to the demarcation zone ‘Sea of Mines’ with 7-0 thumping. England v Slovenia should be just as straightforward.

If John Terry can channel his ego into strikes on goal, England will run out 9-0 winners.

But we must give some credit to Honduras, or at least their fans. They produced a display of masks not seen since wrestling was last broadcast on ITV’s World of Sport on rainy Saturday afternoons. Gerard Pique continued with his impression of The Mummy. Photos: 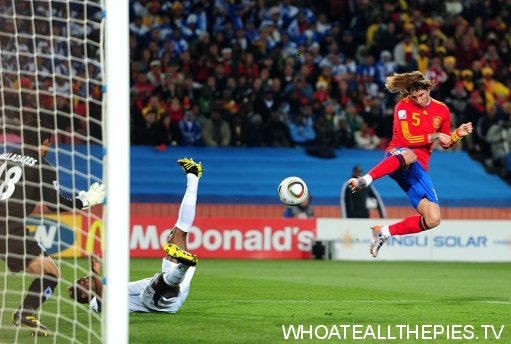 Spain's Garcia Sergio Ramos has a headed attempt on goal