You don’t need me to tell you that the notion of D-Becks (aged 35) getting a ‘Lifetime Achievement’ award – as he did at last night’s BBC Sports Personality show – is absurd. You could tell that Sir Bobby Charlton thought as much, not only by looking at his stone face up on stage but also when he was asked by the host to laud Beckham and could only describe him as a “pleasant” lad. Faint praise indeed.

The real winners on the night were Tony McCoy (recognition long overdue for one of sport’s toughest men), Phil ‘The Power’ Taylor, who had the crowd eating out of his hand, and Winter Olympics gold-winner Amy Williams, who scrubbed up outrageously well.

As for Colin Montgomerie – a plump cheerleader – getting the Coach of the Year award over Ian Holloway… don’t get me started. 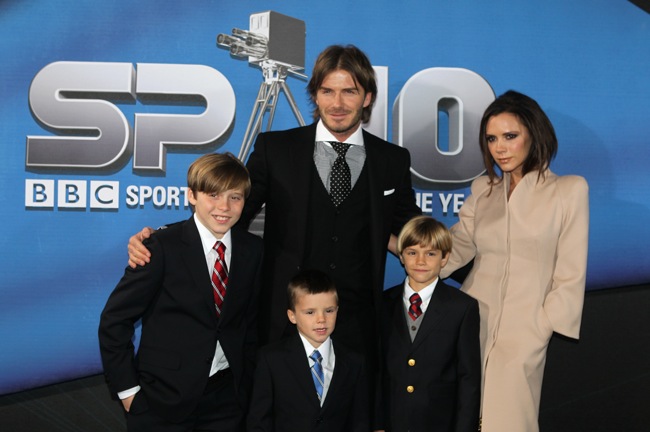 David and Victoria Beckham with sons Brooklyn, Cruz and Romeo