The top ten snaps from this weekend’s Premier League action… 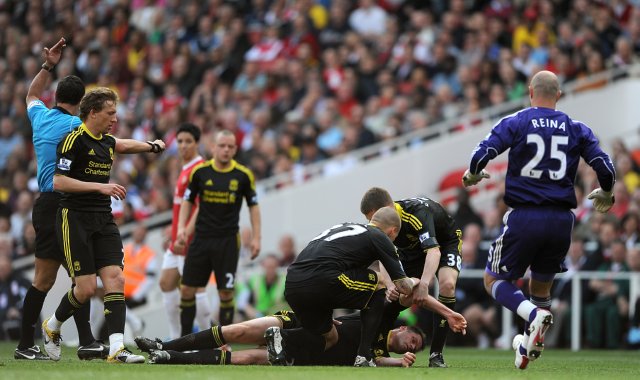 Liverpool players flock to Jamie Carragher’s side after the veteran defender was knocked unconscious by way of a brutal clash of heads with teammate John Flanagan during the second-half against Arsenal.

Carragher’s injury and subsequent on-field treatment saw a whopping eight minutes of stoppage time tacked on to the end of the game, at the very end of which Robin van Persie put Arsenal ahead with a ridiculously late penalty…

…only for Deadly Dirk Kuyt to then equalise from the spot in the 102nd minute, after the perpetually clownish Emmanuel Eboue leapt on Lucas Leiva in the penalty area with the ball trailing away harmlessly into the corner.

Incidentally, after watching his side go 1-0 up in the 98th minute and still manage to bin it, Arsene Wenger chose to blame the referee after the game. 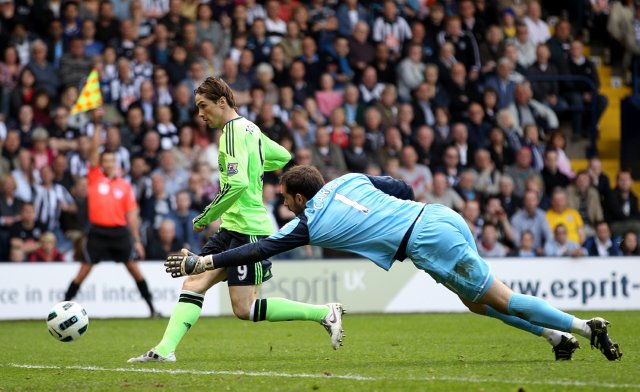 Fernando Torres rolls home his first goal for Chelsea against West Brom, only to see his effort disallowed due to a very tight offside call. 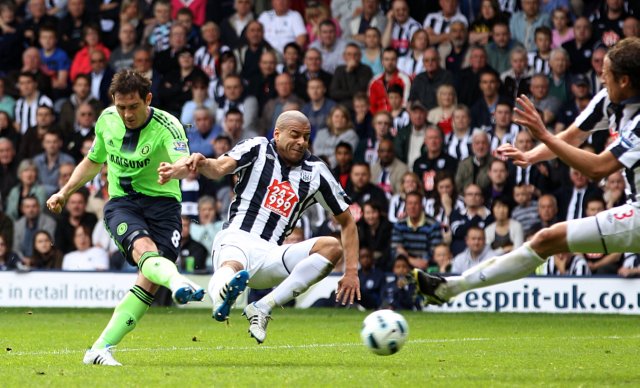 Despite enduring an injury-ravaged campaign, Frank Lampard takes his goal-tally into double figures by netting Chelsea’s third goal of the game.

The Blues eventually won 3-1 (the Baggies first defeat under Roy Hodgson), to keep their faint – even fainter than Arsenal’s for Pete’s sake – mathematical title chances alive. 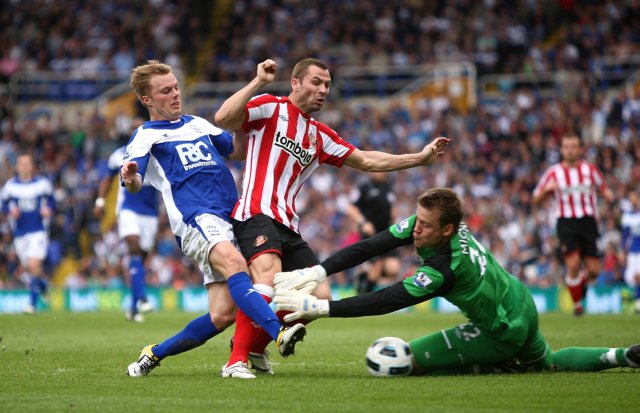 Seb Larsson capitalises on a defensive ratchet to slip the ball underneath Sunderland goalkeeper Simon Mignolet to score the first of Birmingham’s goals in their tidy 2-0 victory.

The Black Cats have now tasted defeat in eight of their last nine top flight games. 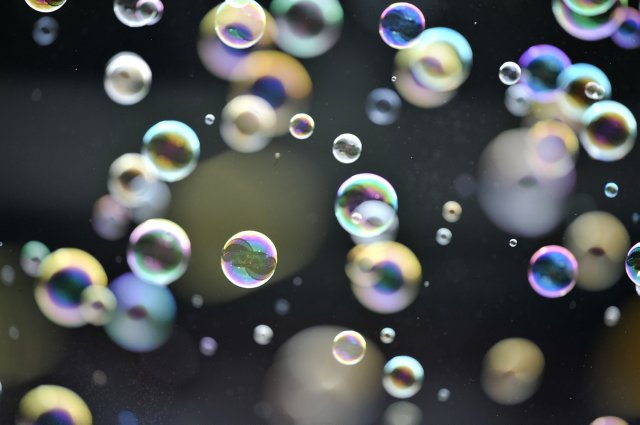 A raft of bubbles rise from the Upton Park terraces before West Ham’s game against Aston Villa. 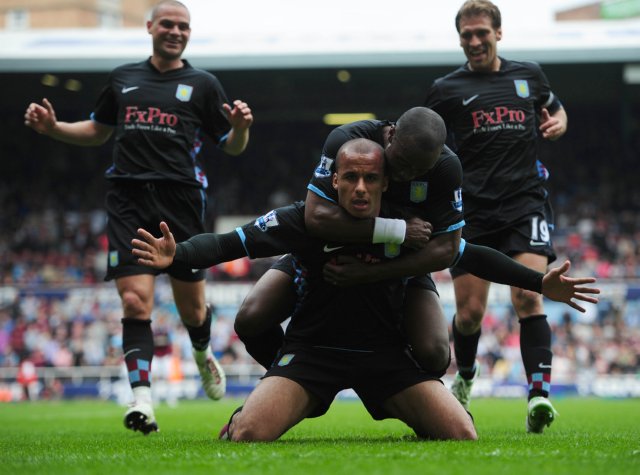 Gabby Agbonlahor is mobbed after popping up to nod home an injury-time winner for Aston Villa in their 2-1 win over fellow stragglers West Ham. 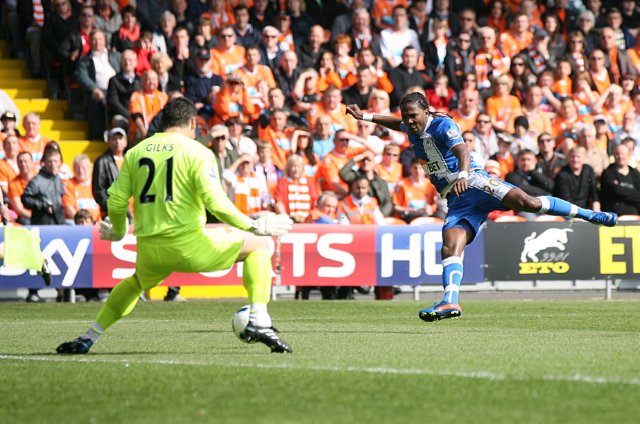 Blackpool dropped into the drop zone for the first time this season after Hugo Rodallega (above), Charles N’Zogbia and Mohamed Diame blasted relegation-threatened Wigan to a 3-1 victory at Bloomfield Road and out of the bottom three for the first time in…well, ages. 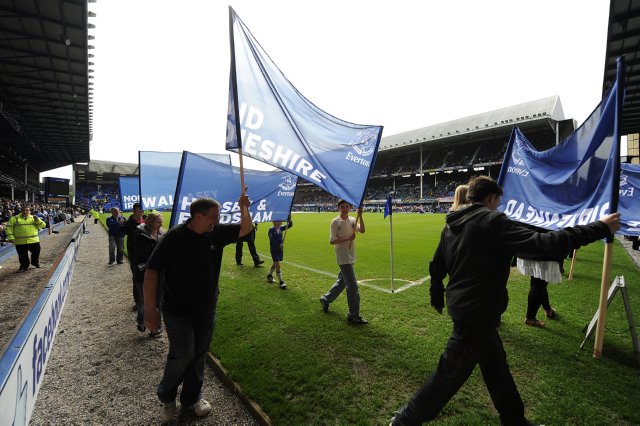 Everton picked up another impressive win (2-0 over Blackburn) to keep the pressure on sixth-placed Liverpool, although there appears to be no photographic record of the game – only the pre-game flag parade.