After going a goal up on two separate occasions and duly being pegged back twice at the City Ground last night, a fairly feeble volley from Forest captain Paul McKenna (who, it’s probably fair to say, has been the square-root of sh*te in the majority of games he’s played this season) somehow squirmed it’s way underneath Leicester ‘keeper Chris Weale to win the game for the Red’ns as the fat old sun sank into the Trent.

Despite winning only two of their last twelve league games, the victory somehow still sees Forest shunted back into the play-off places (6th) on goal difference, with Leeds dropping a spot after filing a goalless draw with late-bloomers Reading at Elland Road. 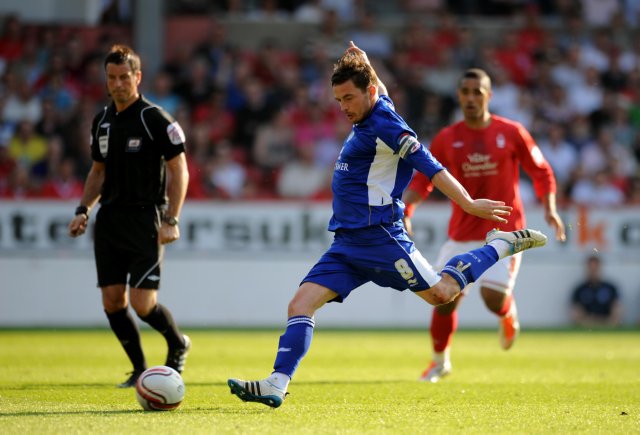 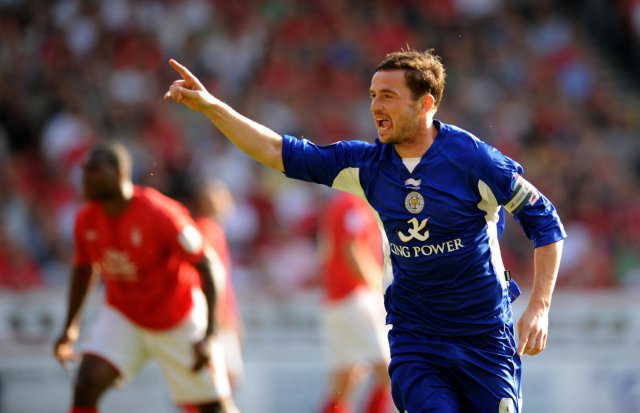 …then runs to celebrate with the away fans 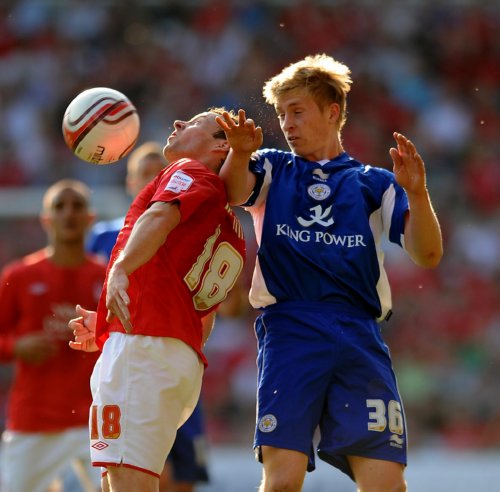 Paul McKenna and Ben Mee compete for an aerial ball 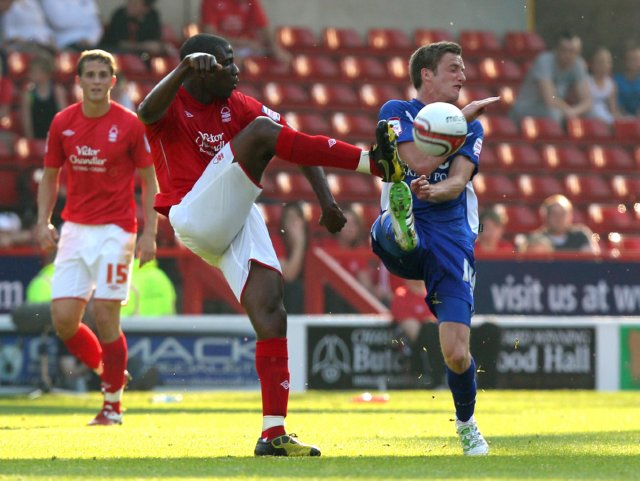 Guy ‘The Moooooooooose’ Moussi nicks the ball away from Andy King 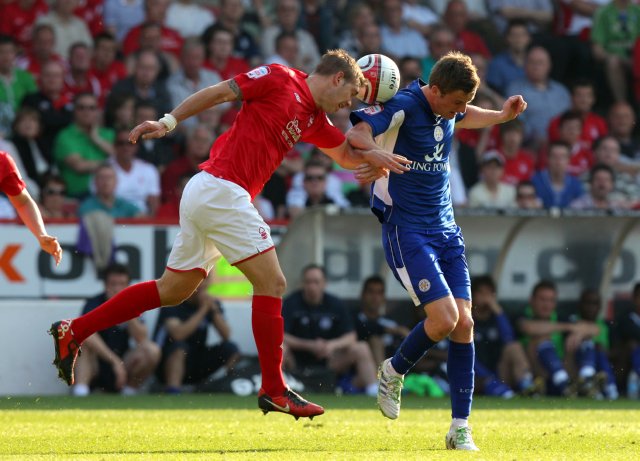 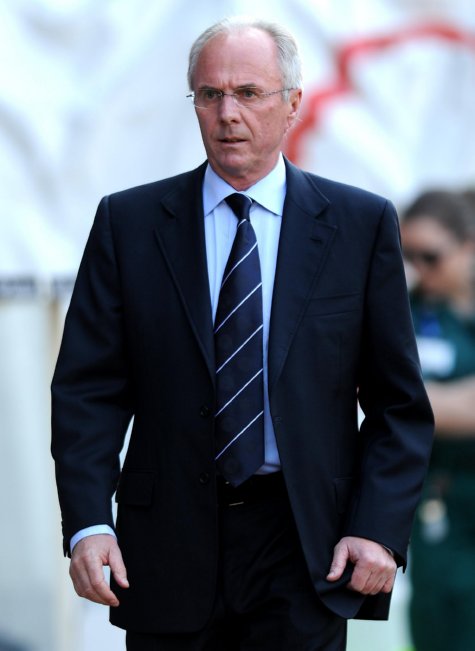 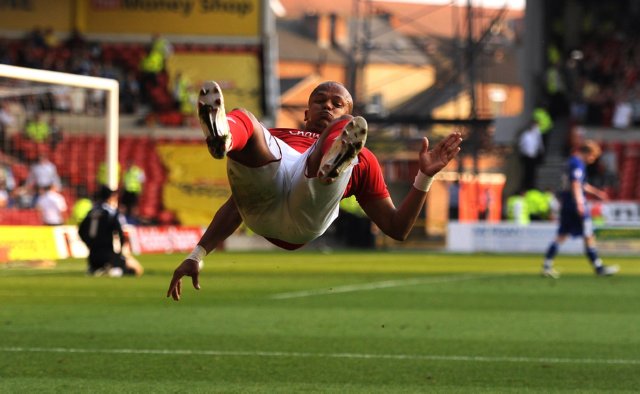 Robert Earnshaw celebrates putting Forest back ahead with a trademark somersault… 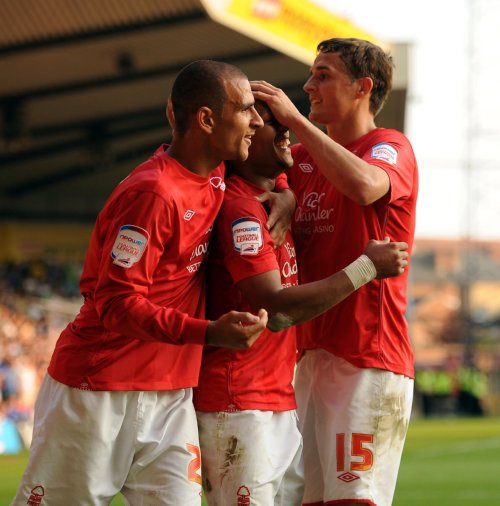 …before Marcus Tudgay and Chris Cohen catch up with him 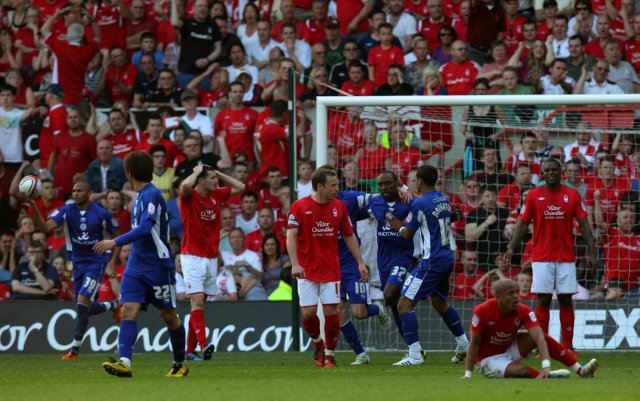 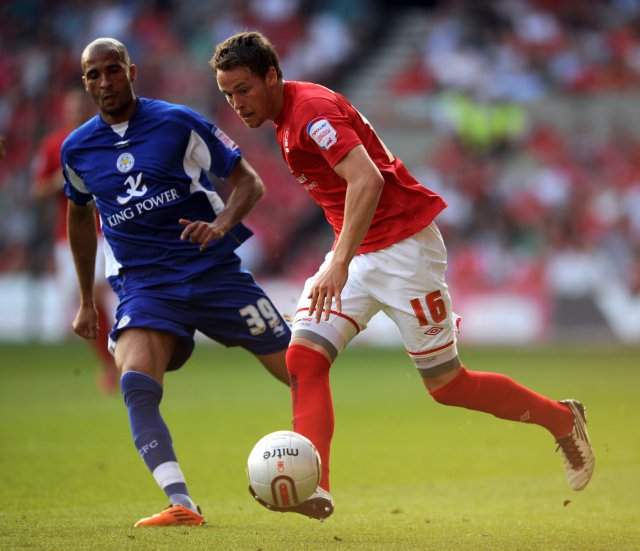 Chris Gunter moves the ball on while Diomansy Camara hovers 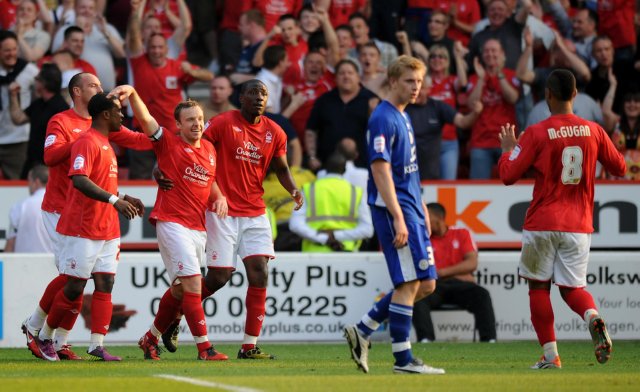 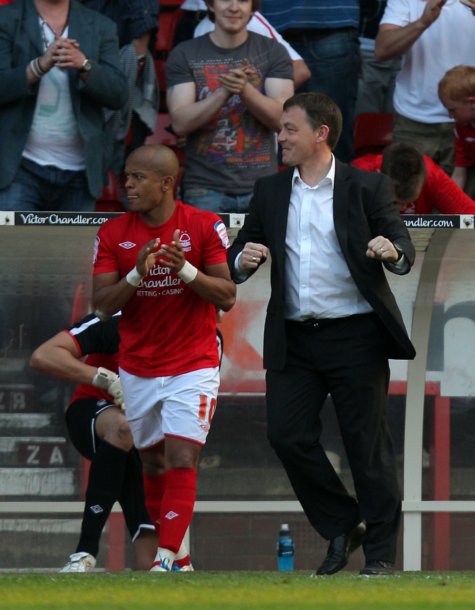 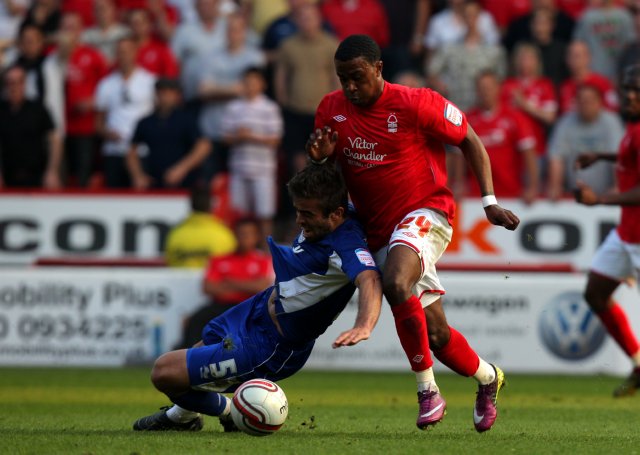 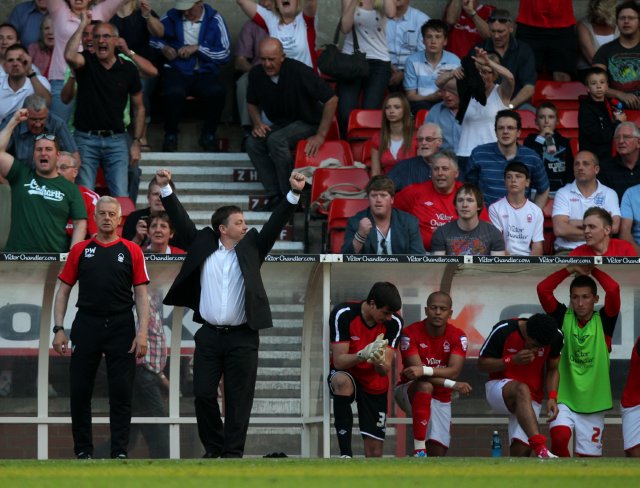 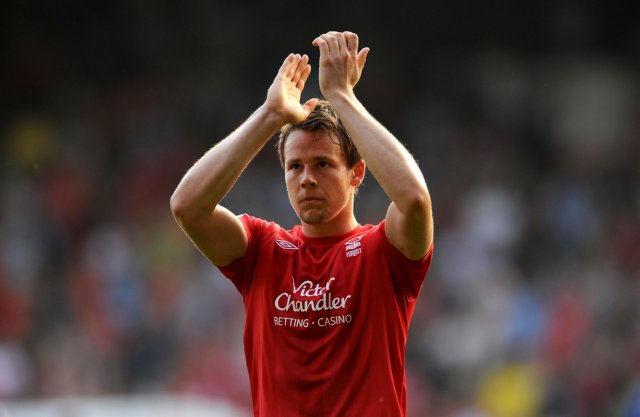