For no other reason other than today being his 39th birthday (and that he’s also one of the first men – along with Dennis Bergkamp, Hristo Stoichkov and Gabriel Batistuta – that I unashamedly fell in love with), we’ve trawled the archives and fished out ten of the best photos of the young and not-so-young Zizou for you to give the once-over this fine afternoon… 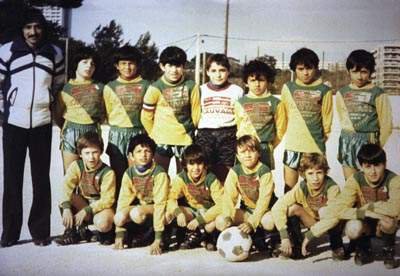 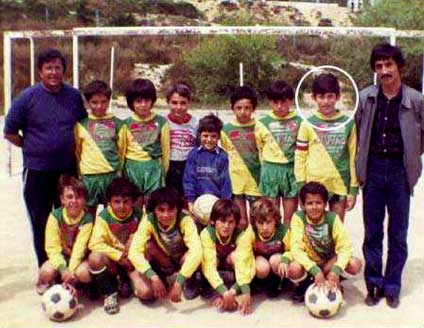 The 10-year old (and captain) Zidane poses with his first club, local side US Saint-Henri de Marseille, approx. 1982 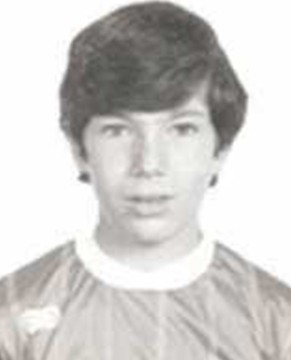 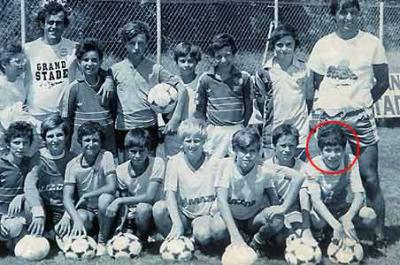 Zidane (bottom row, first left) poses for a couple of team shots with his second youth side SO Septemes-les-Vallones, 1983-86 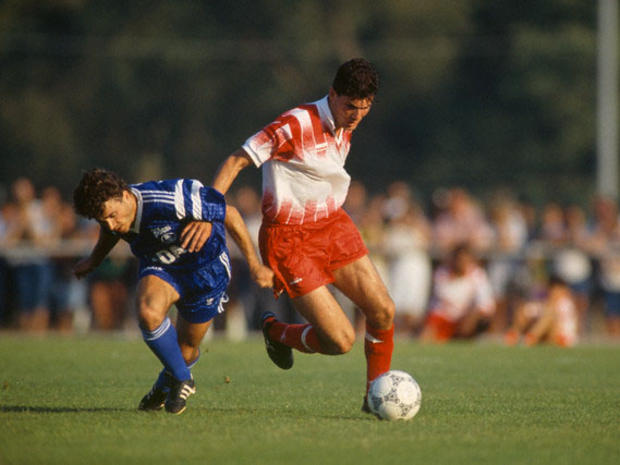 Zidane makes his debut for his first professional side AS Cannes, 1991 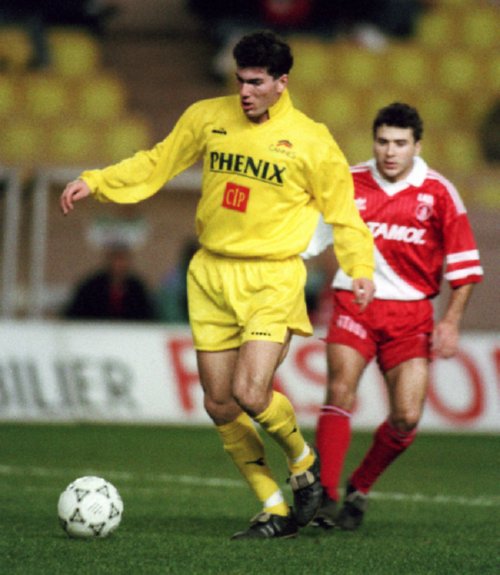 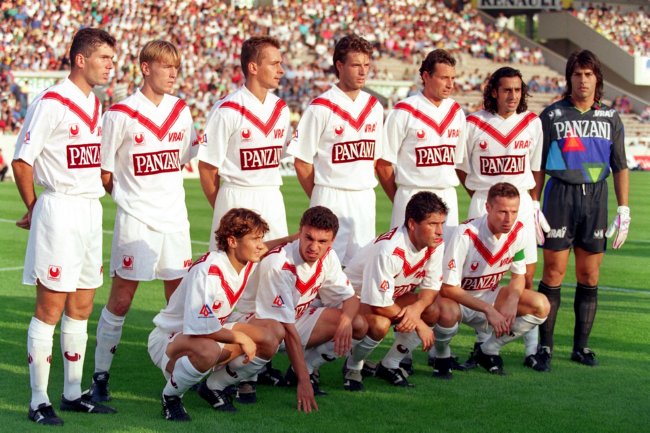 Zidane lines-up with his new Bordeaux teammates (a side including Richard Witschge and Bixente Lizarazu) before kick-off, 1993 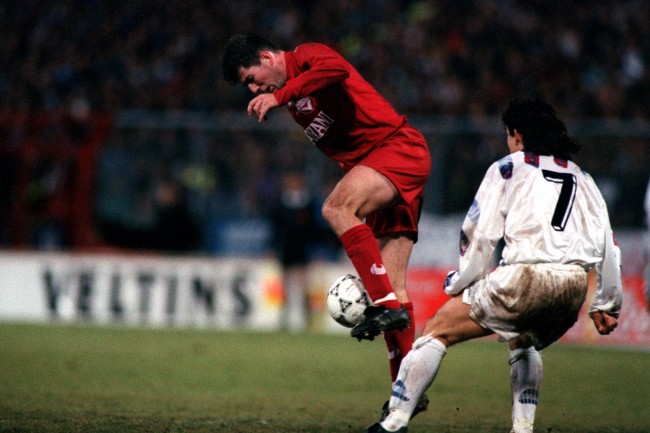 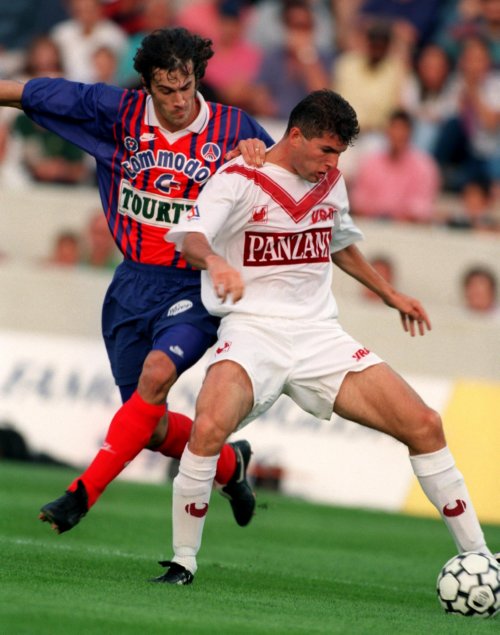 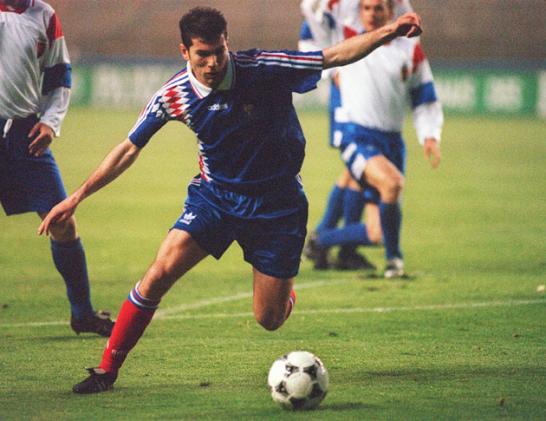 Zidane makes his debut for France in a friendly against the Czech Republic – scoring twice after coming on as a substitute to secure Les Bleus a 2-2 draw, 1994 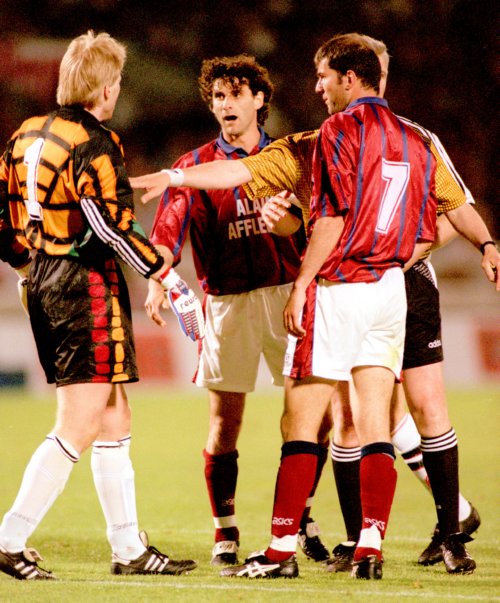 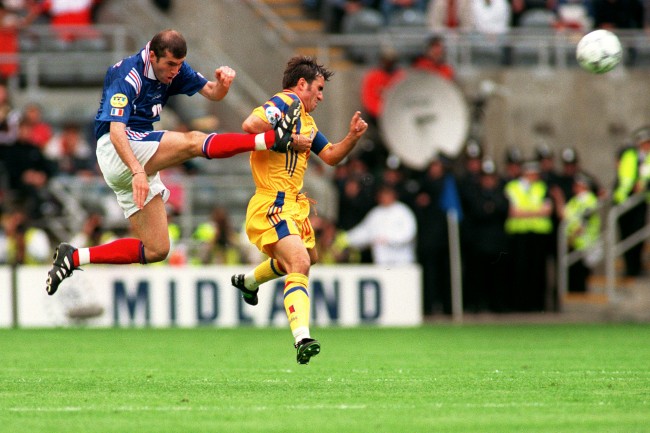 Zidane smashes the ball away from Romania’s Georghe Hagi at his first major international tournament, Euro 96 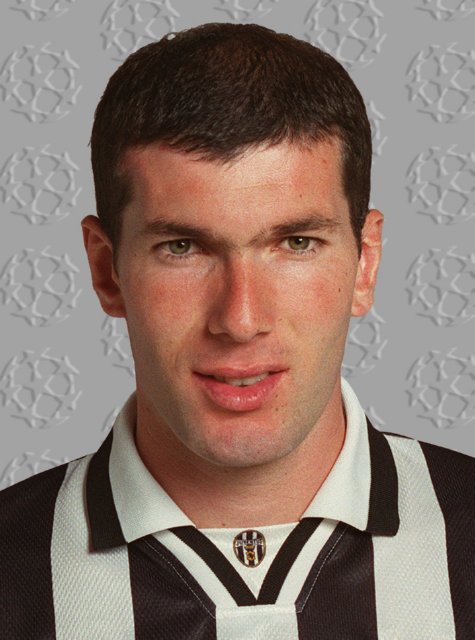 Zidane poses for a Champions League portrait shortly after signing for Juventus (this was after being famously snubbed by Blackburn owner Jack “why would we sign him when we’ve got Tim Sherwood?” Walker) in 1996 for just £3 million 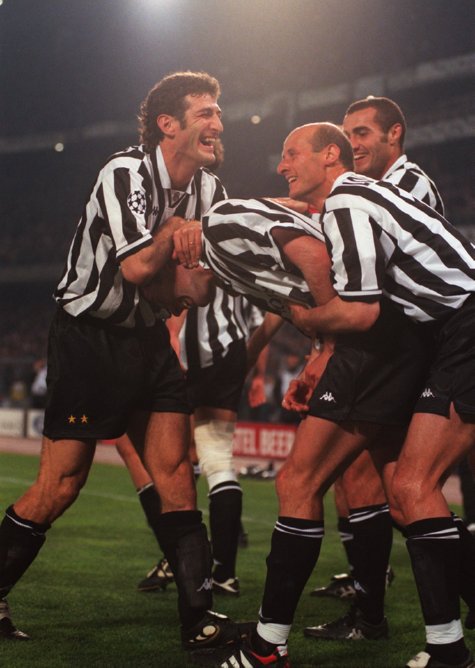 Zidane is mobbed by Juve teammates Ciro Ferrara, Attilio Lombardo and Paolo Montero after scoring against Ajax in the second-leg of the Champions League semi-final, 1997 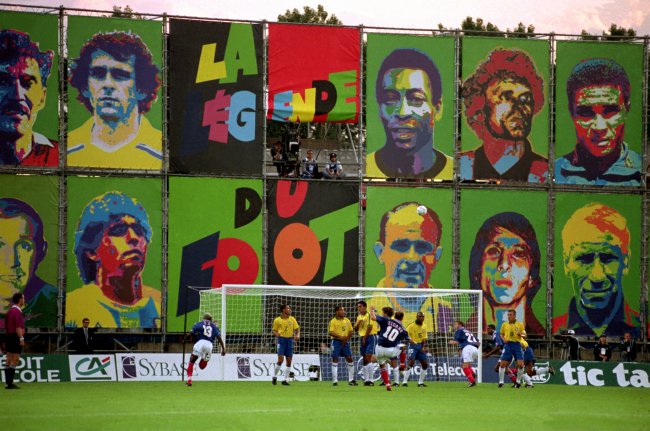 Zidane takes a free kick against Brazil (Roberto Carlos would later top Zizou’s effort considerably) during Le Tournoi, watched over by the legends of football at Lyon’s Stade de Garland, 1997 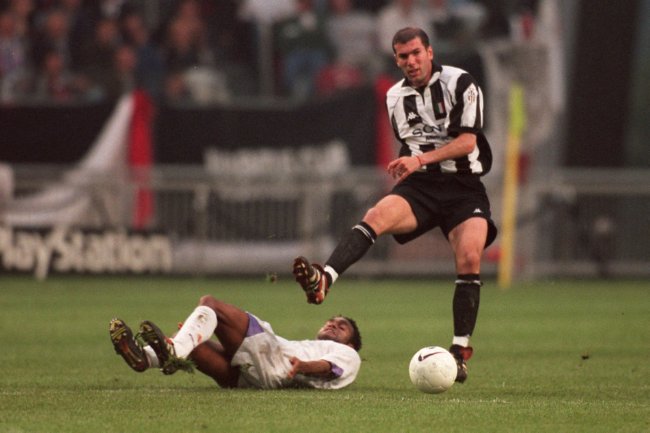 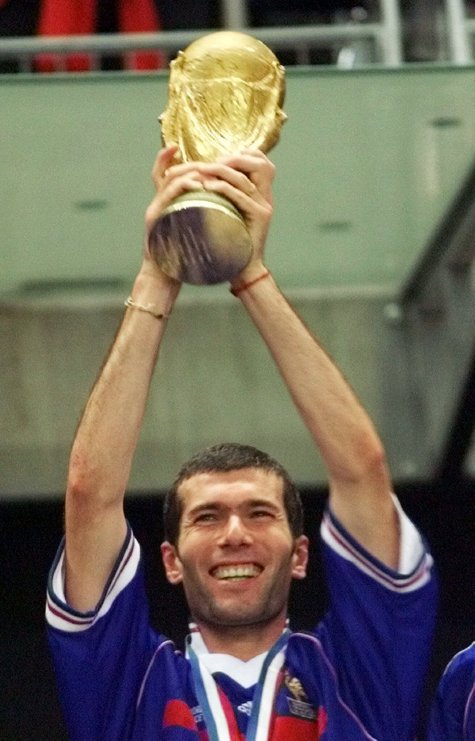 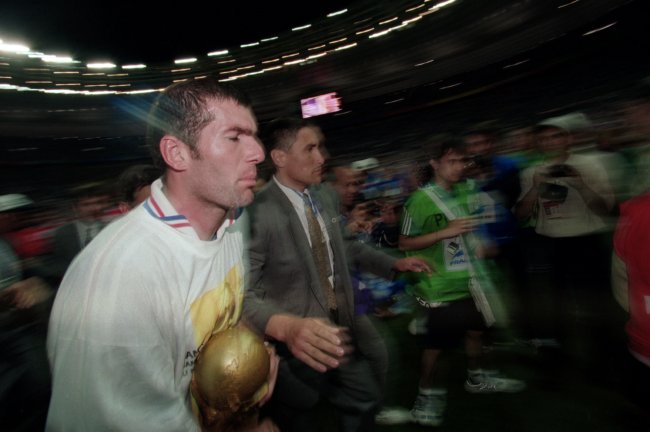 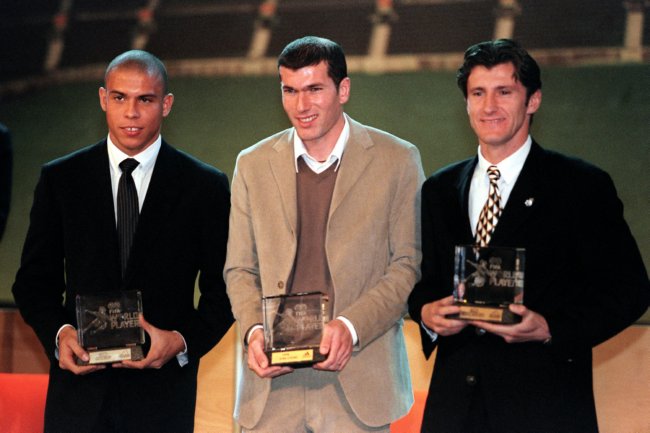 Ronaldo, Zidane (who was bestowed with the top gong) and Davor Suker pose with their FIFA Player of the Year nomination awards, 1998 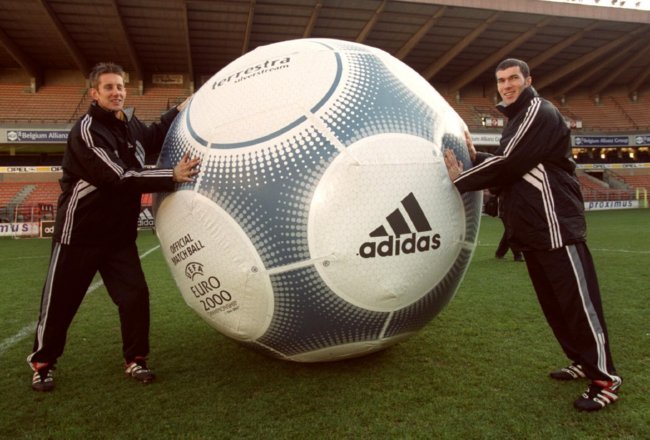 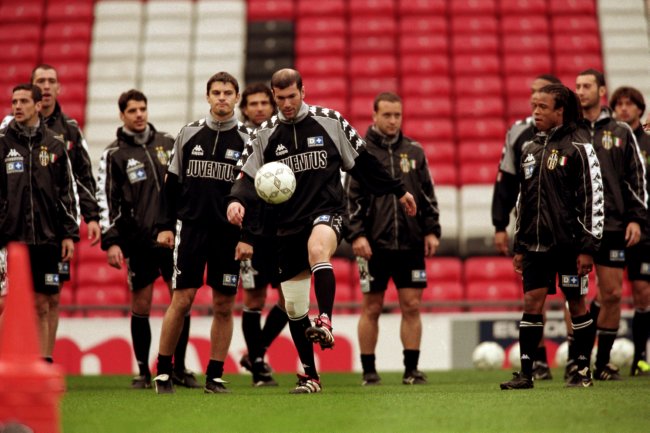 Edgar Davids is obviously impressed by Zidane’s technique as Juventus limber up at Old Trafford, 1999 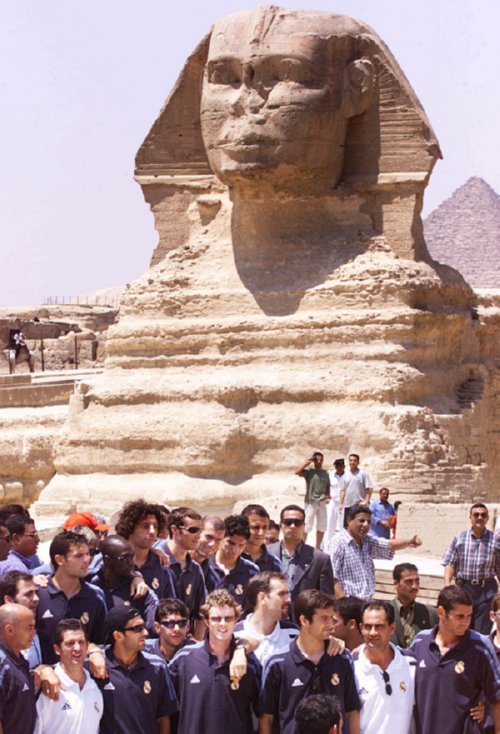 Shortly after joining Real Madrid, Zidane and his new teammates travel to visit the Giza Sphinx before participating in an exhibition match against Egypt’s Al Ahly, 2001 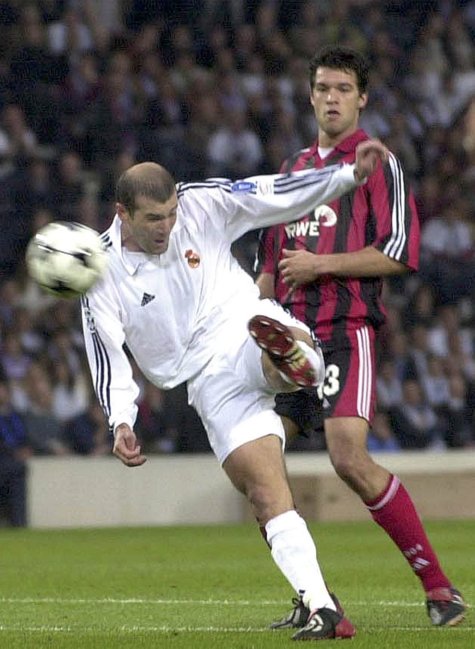 To be honest, we could go on…an on…and on.