England Women got their World Cup campaign underway with a slightly disappointing 1-1 draw against Mexico in Wolfsburg yesterday afternoon – going ahead through Fara Williams’ looping 21st-minute header before being pegged back just 13 minutes on down the line thanks to a bit of a special effort from Monica Ocampo. 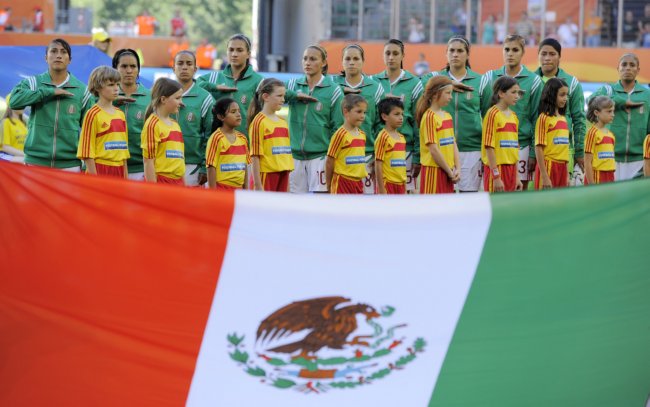 Mexico line up for their national anthem 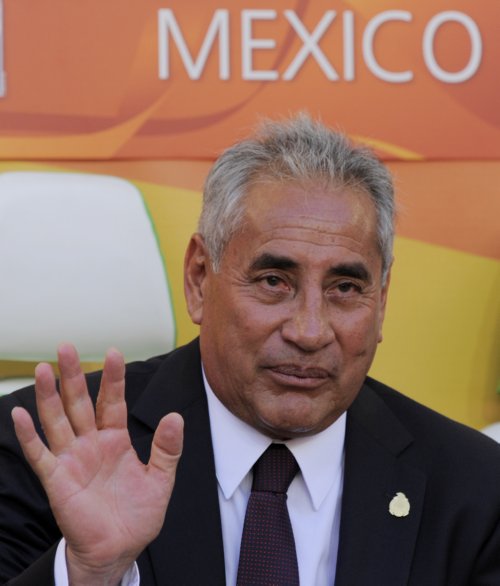 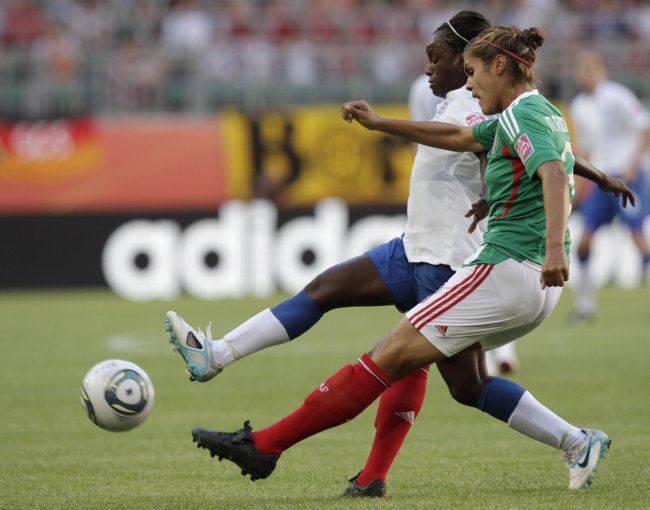 Eniola Aluko nips in ahead of Rubi Sandoval 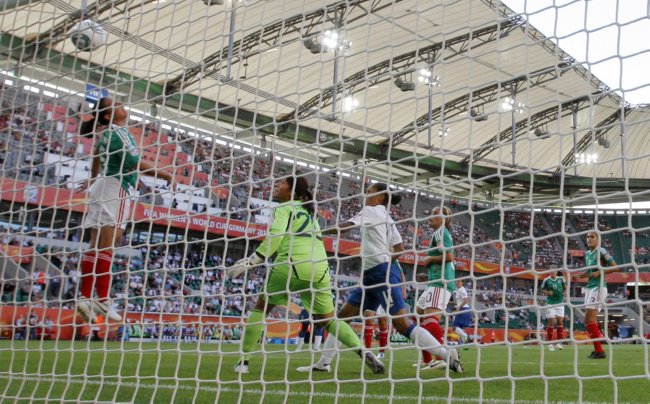 Fara Williams (she’s in there somewhere) arcs a header over the Mexican ‘keeper, 16-year old Cecilia Santiago, to open the scoring for England 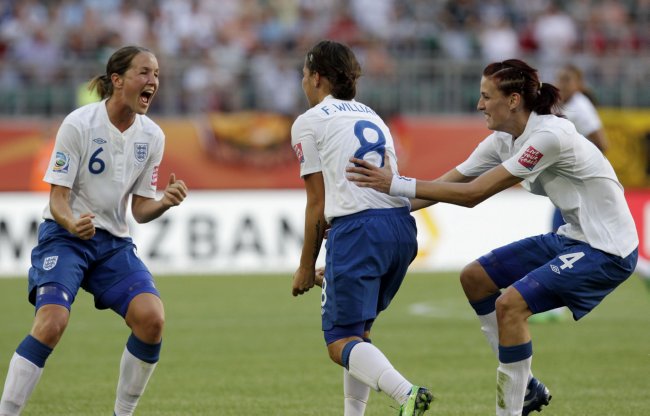 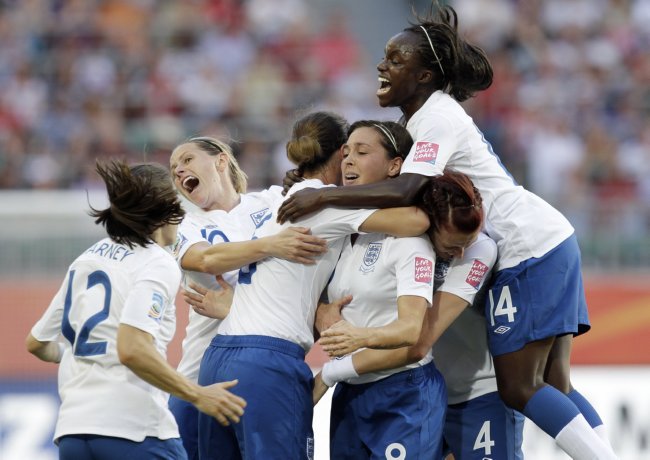 …before being mobbed by the rest of her teammates 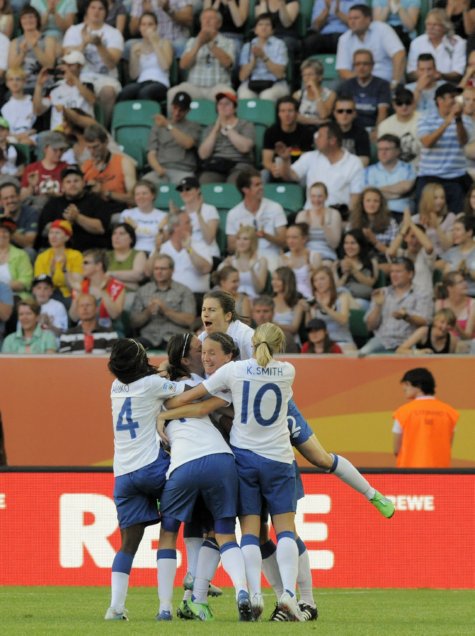 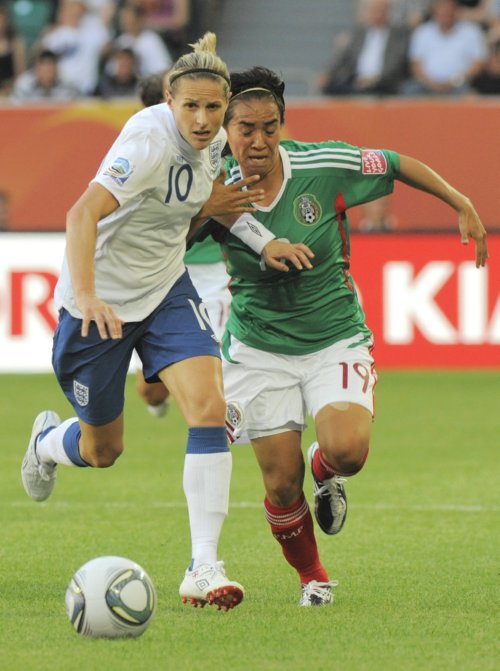 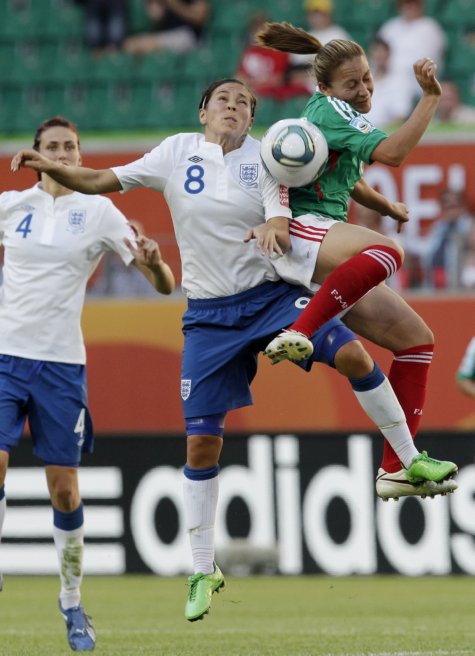 Fara Williams and Dinora Garza battle for an aerial ball 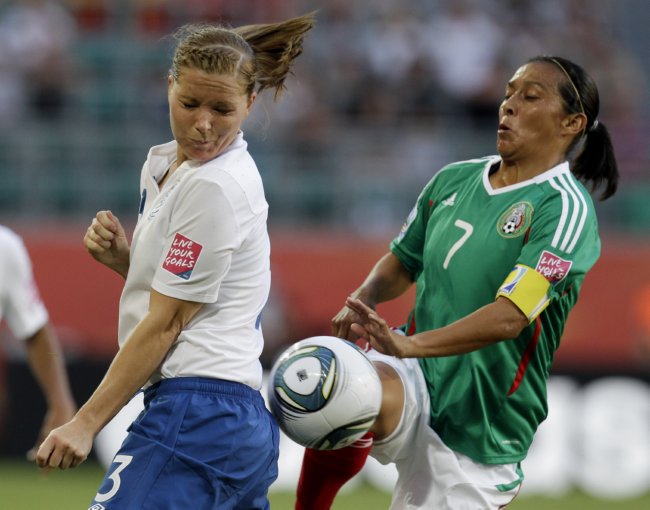 Juana Lopez smuggles the ball behind Rachel Unitt’s back 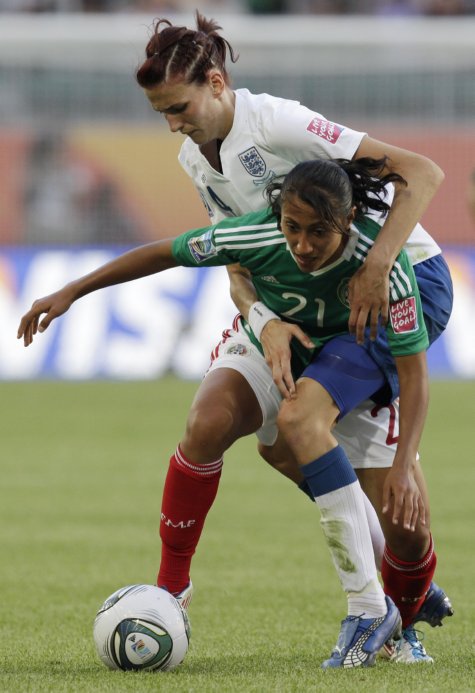 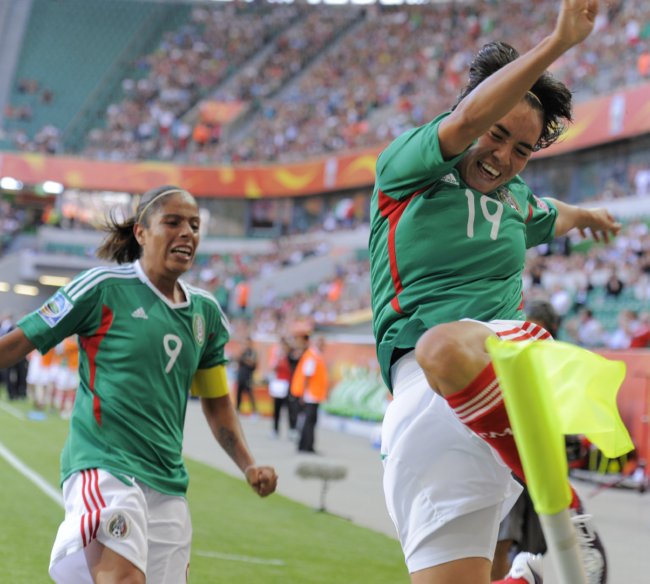 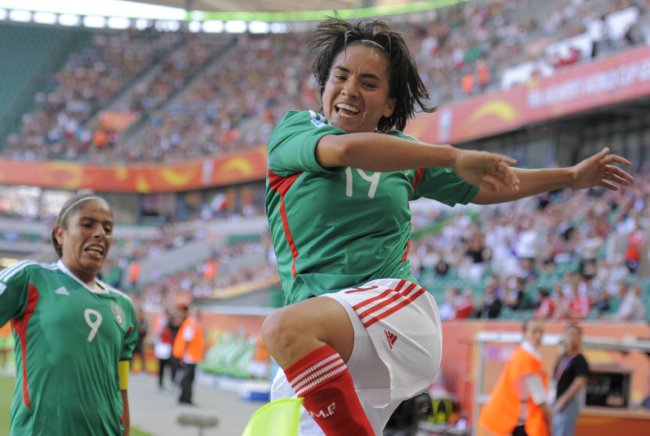 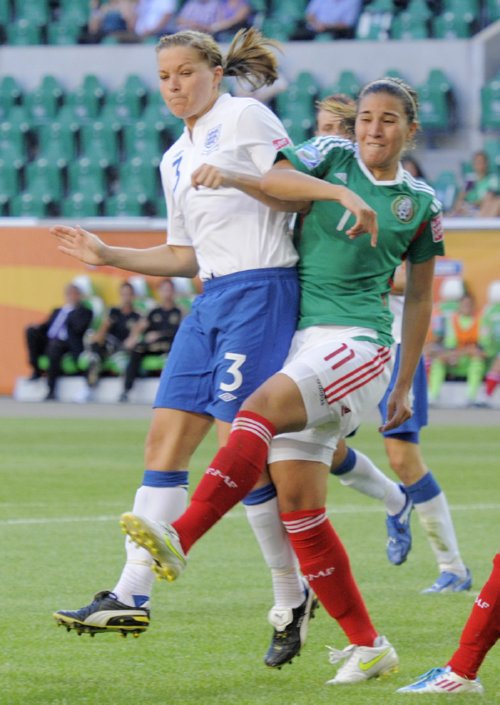 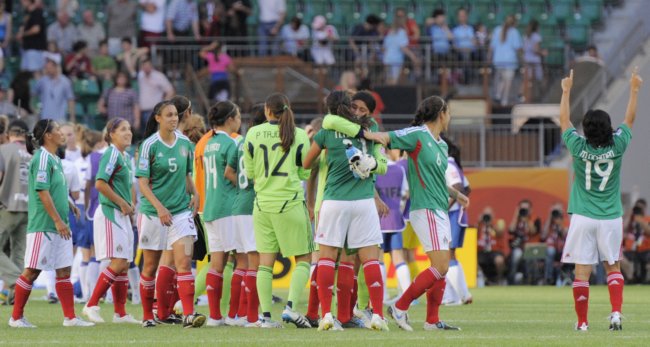 Mexico celebrate after the final whistle

Here’s footage of Ocampo’s peachy equaliser. The general consensus seems to be that England ‘keeper Karen Bardsley dropped a proverbial bollock but, to be fair, it’s a corking strike…

Sweet as a nut – a little Mexican nut.