Though the game itself was admittedly a little on the dull side, a brace of smartly-taken lobs from Ellen White and substitute Rachel Yankey were enough to see England Women see off Japan in Augsburg yesterday evening, with the victory securing top-spot in Group B for Hope Powell’s side and thus landing them a quarter-final tie against France in Leverkusen on Saturday.

The Japanese squad unveil a banner before the game, thanking the world for their support during the aftermath of the recent earthquake/tsunami disaster 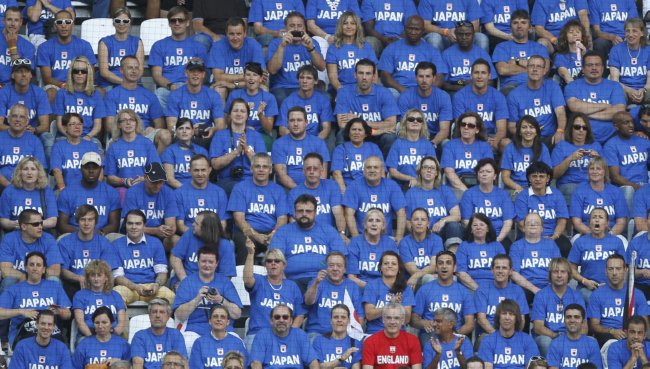 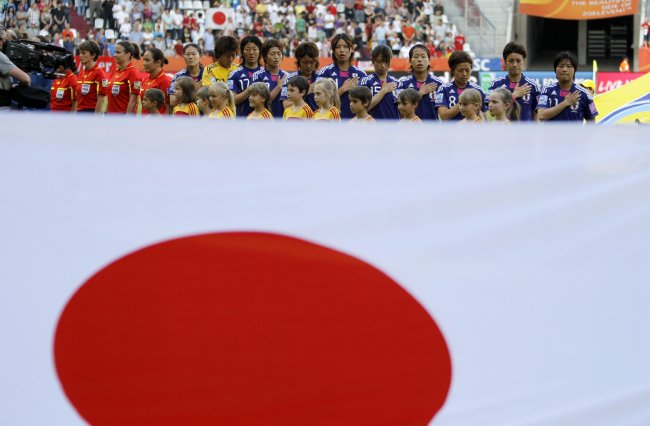 Japan line-up behind their flag before kick-off 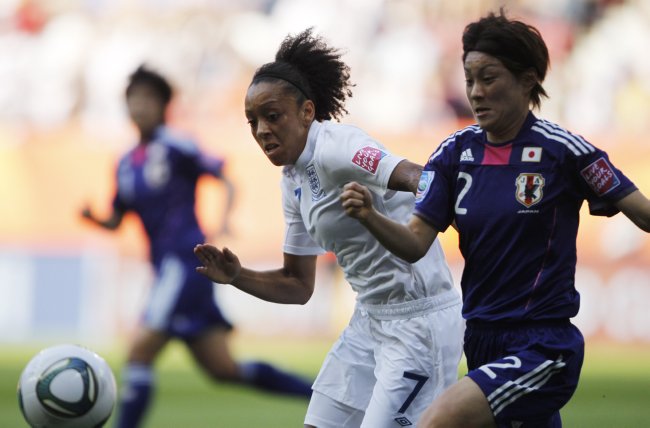 Jess Clarke and Yukari Kinga chase down a loose ball 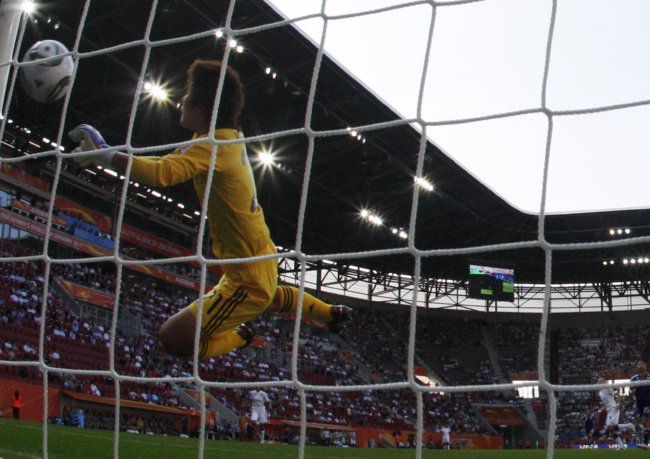 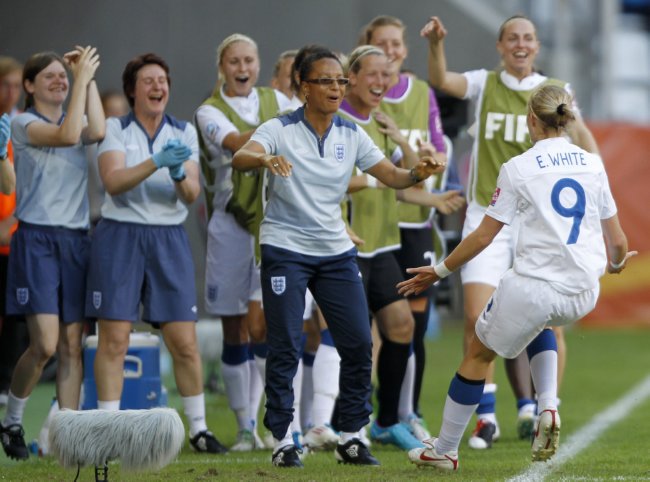 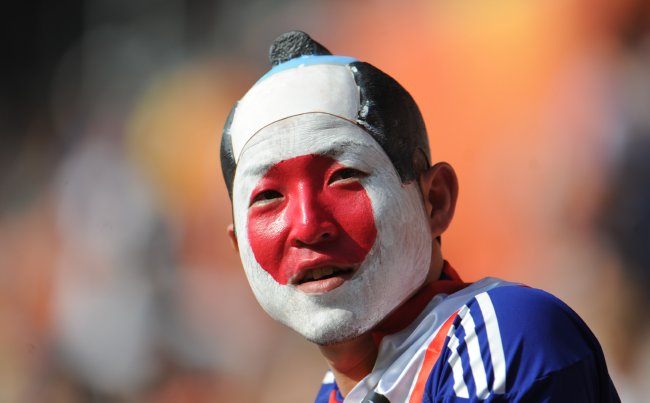 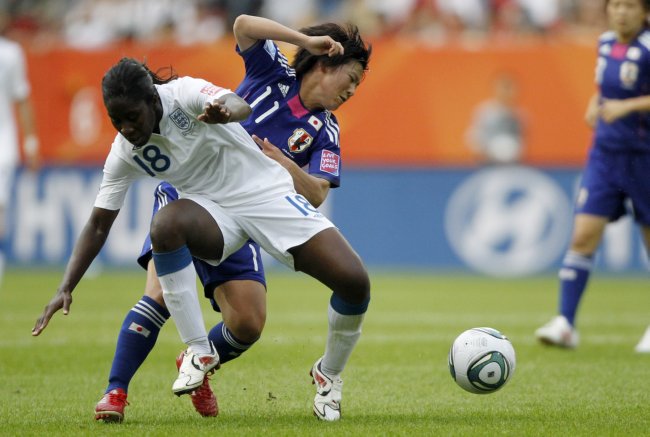 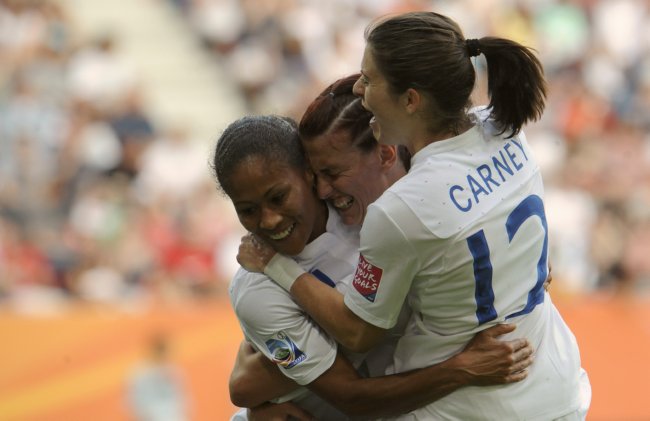 Jill Scott and Karen Carney celebrate with Rachel Yankey after the latter scored England’s second of the afternoon with a cool, angled lob 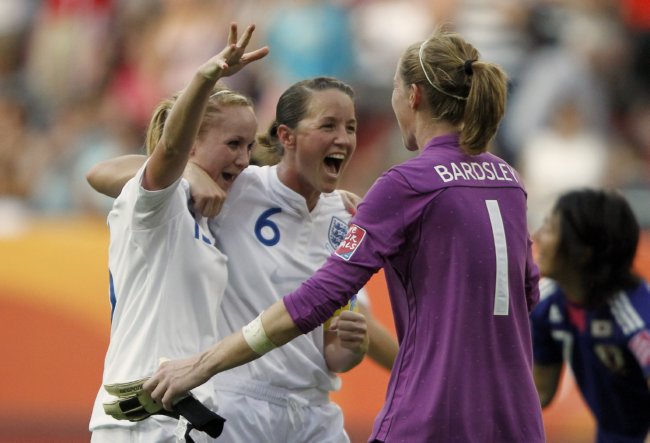