For no other reason than ‘Madman Across The Water’ is currently on in the background at Pies Towers, here’s a fifteen-strong gallery of former chairman and current ‘Honorary Life President’ Elton John flamboyantly going about his business at Watford down through the years… 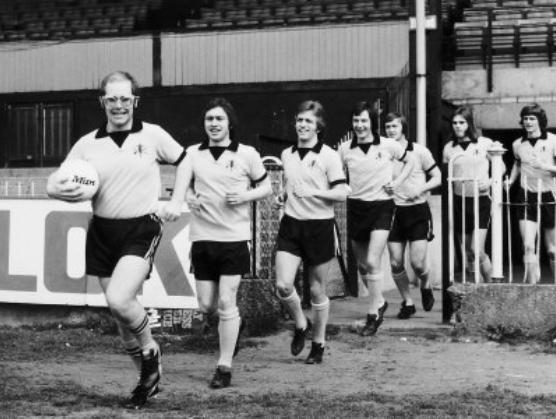 Lifelong fan Elton John leads out the Watford team before a training session, 1974 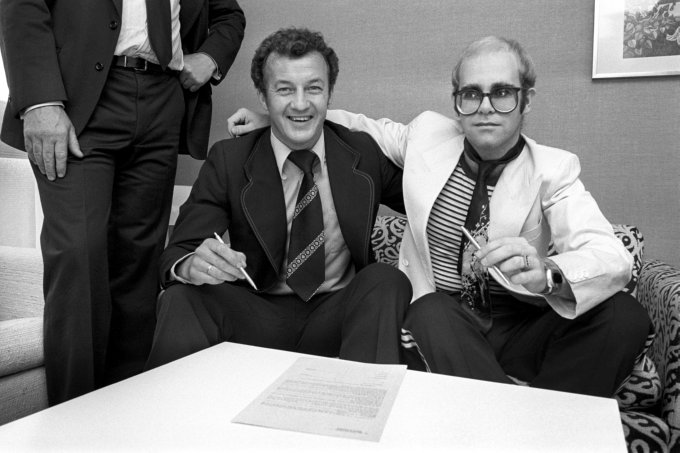 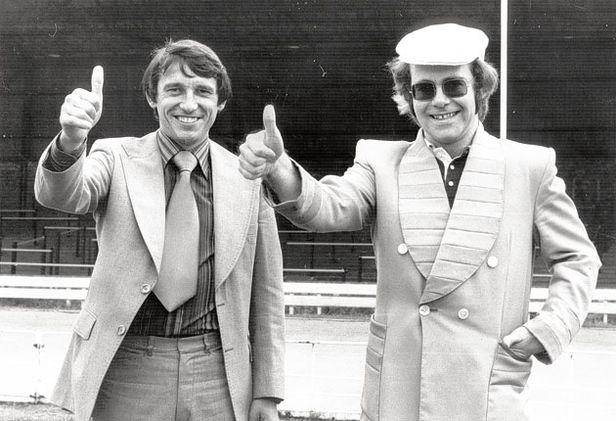 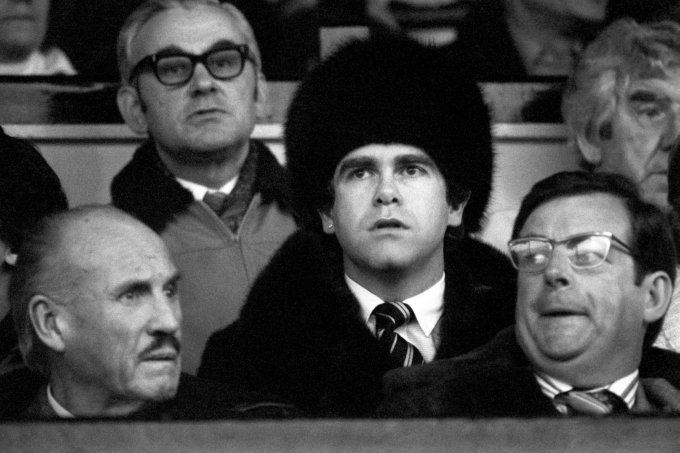 Elton plumps for a bit of ‘Cossack-chic’ while watching Watford’s Division Three tie against Gillingham with a selection of stereotypical 70’s caricatures, 1978 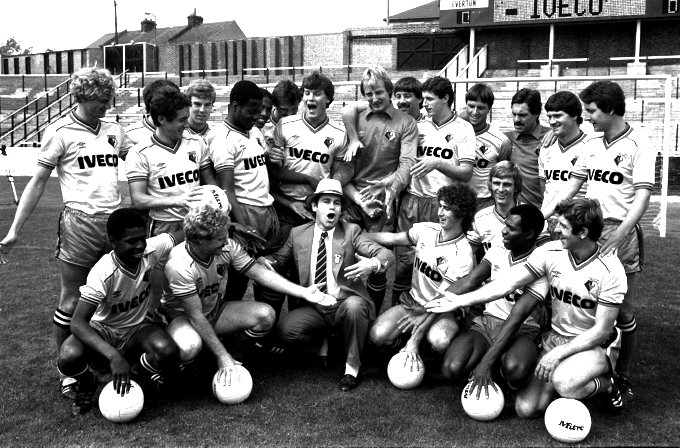 Elton John leads the first-team squad in a song at Vicarage Road as newly-promoted Watford get ready for their maiden First Division clash against Everton, 1982 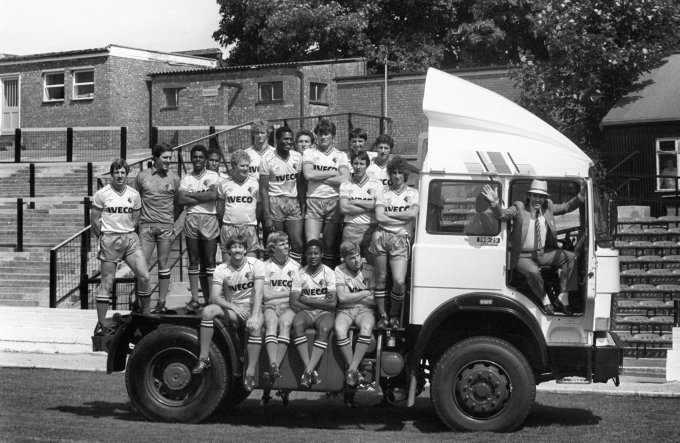 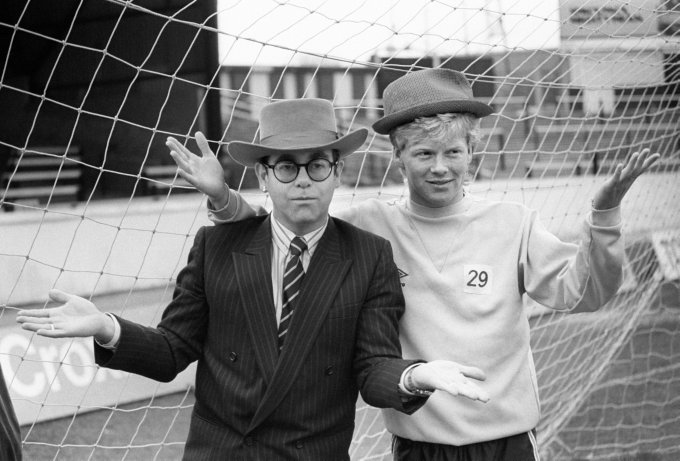 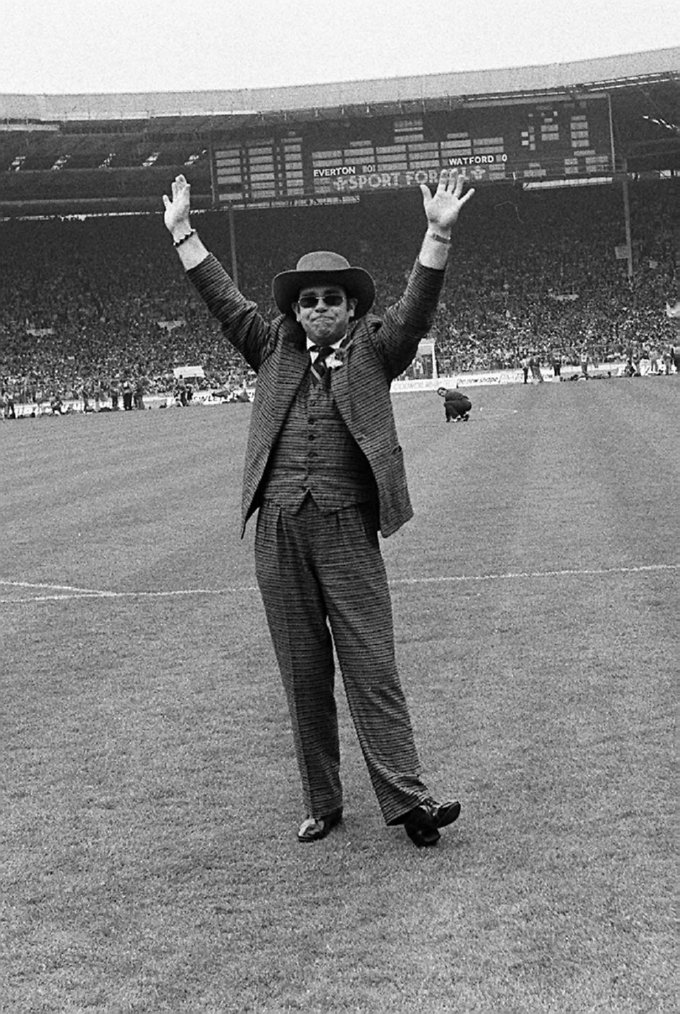 Elton John acknowledges the cheers of the crowd before Watford’s 1984 FA Cup Final tie against Everton, the Hornets eventually lost 2-0 with Andy Gray bundling home a controversial header to round-off the scoring 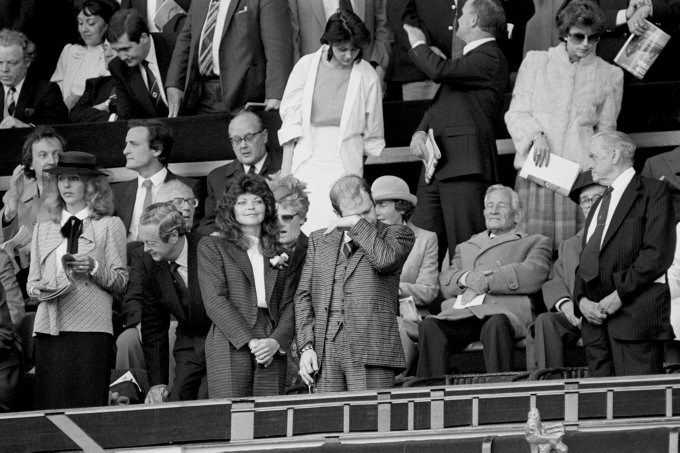 Elton John (alongside his new wife, Renata) can’t stave off the tears as the crowd sing ‘Abide with Me’ in unison before the 1984 FA Cup Final 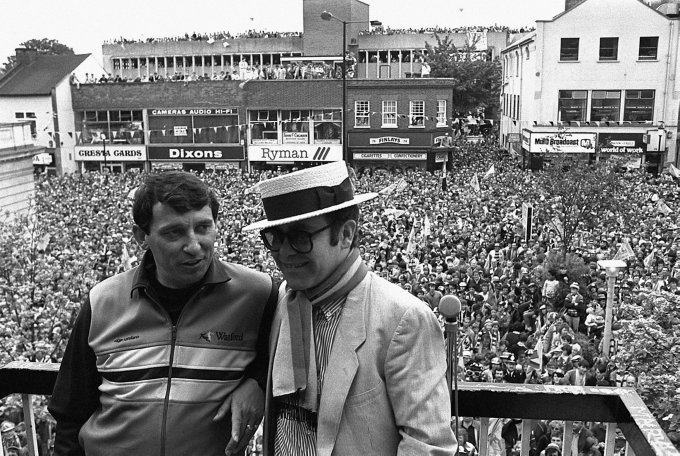 Elton John and Watford manager Graham Taylor stand with the backs to a huge crowd of well-wishers, days after the Hornets had reached the FA Cup final for the first time in their 93-year history, 1984 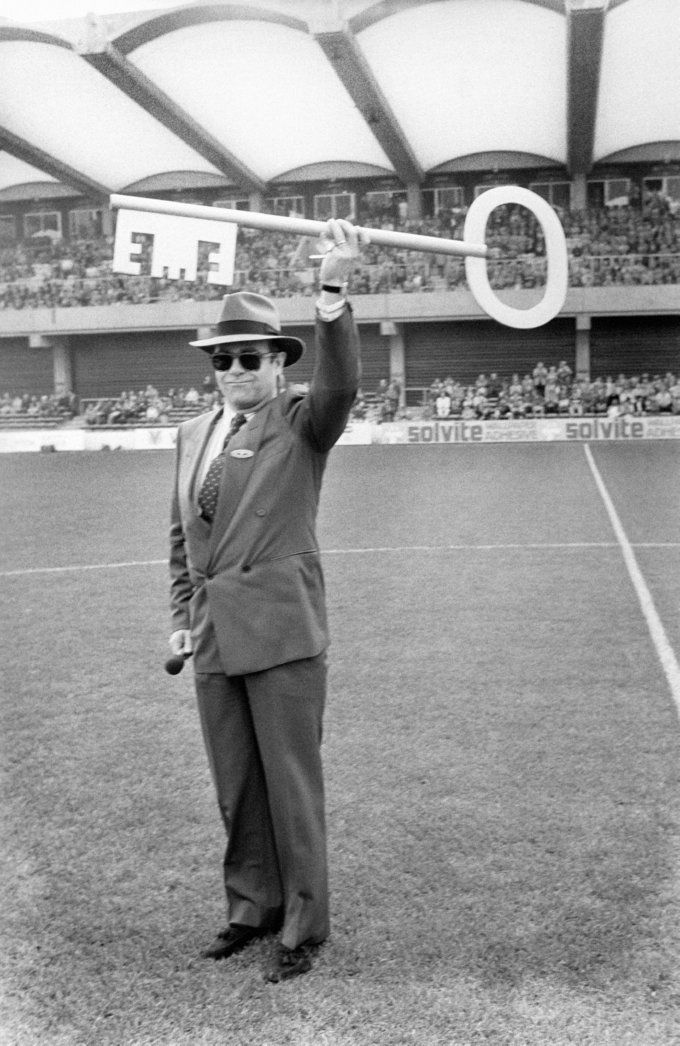 Elton John, holding a giant key aloft before Watford’s league match against Aston Villa, 1986. Why? We’re not exactly sure… 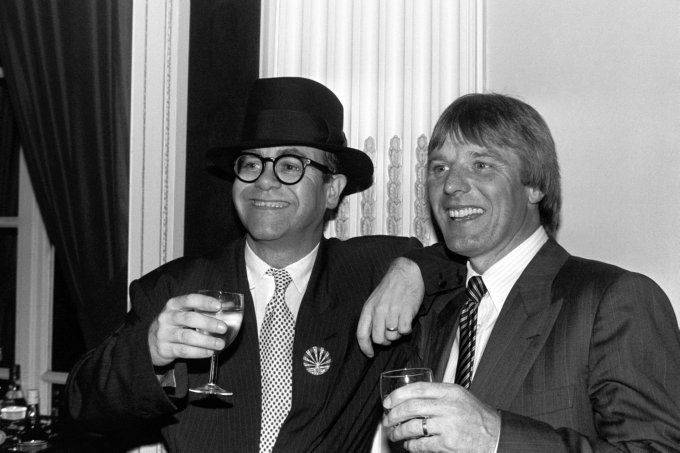 Elton John and new Watford manager Dave Bassett, who had recently walked out on Wimbledon, celebrate at a reception in London on the eve of the club’s pre-season tour of China, 1987 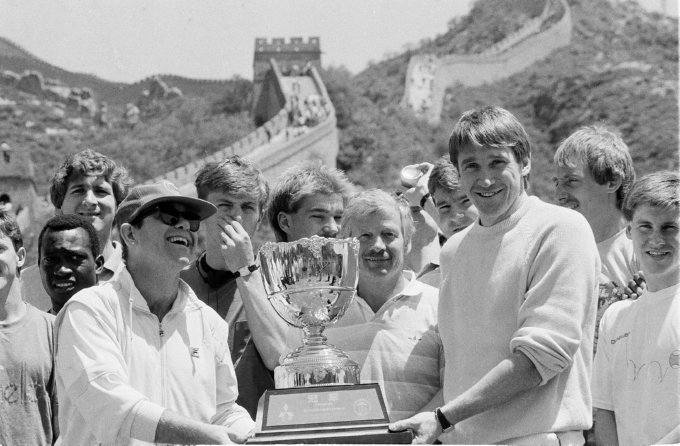 Elton John and the Watford squad pose on top of the Great Wall of China after winning the prestigious ‘Great Wall Cup’ in Shanghai earlier in the week, 1987 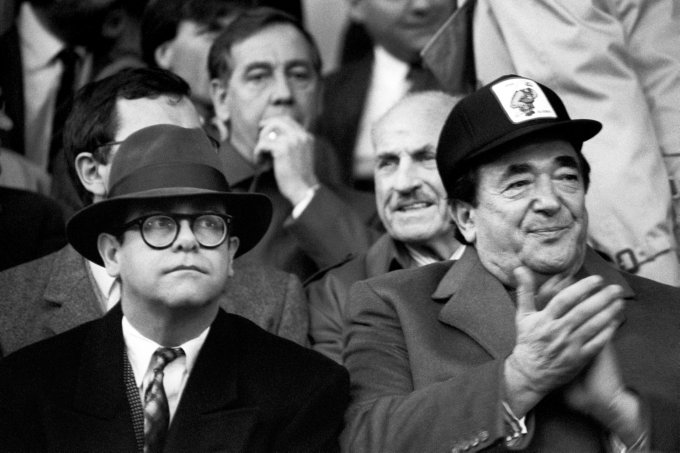 Elton John watches Watford take on Oxford United with Robert Maxwell, days after flogging his controlling interest in the club to the publishing tycoon for £2 million, 1987 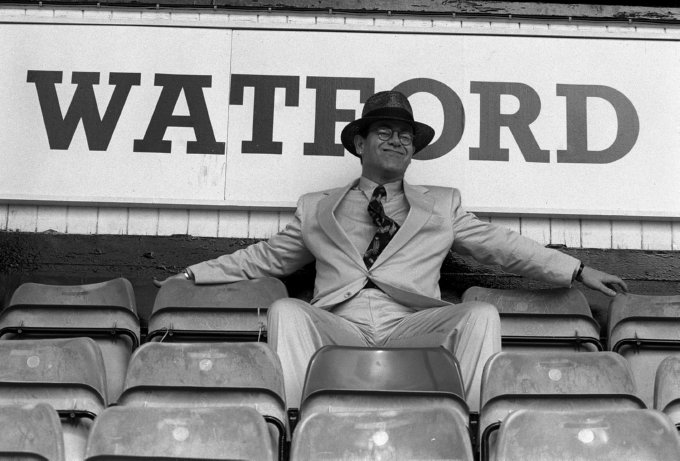 Still standing: Elton John reclines in the terraces at Vicarage Road ground after being sworn in as a director of the club, 1991