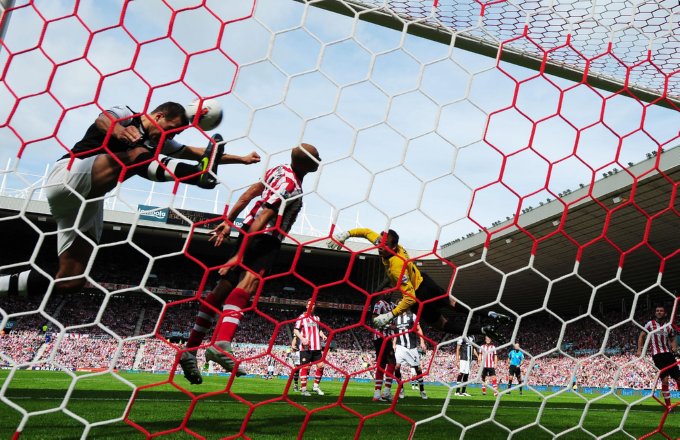 Sunderland 0-1 Newcastle: Black Cats ‘keeper Simon Mignolet watches in vain as Ryan Taylor’s arching free-kick sails over him and in at the far post 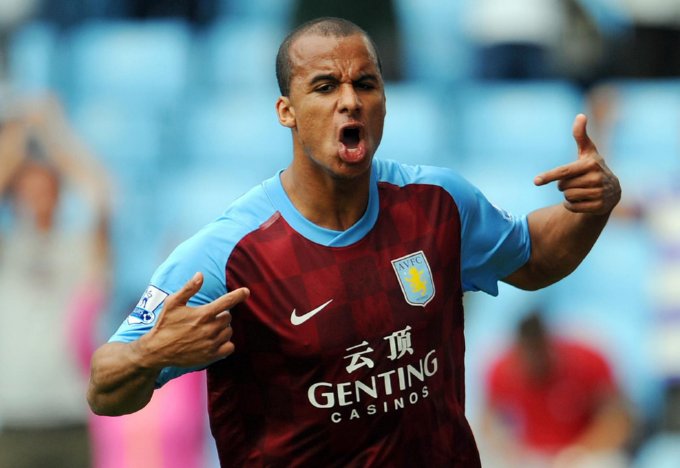 Aston Villa 3-1 Blackburn: Gabriel Agbonlahor celebrates after opening the scoring at Villa Park with a smart, curling effort from the edge of the area 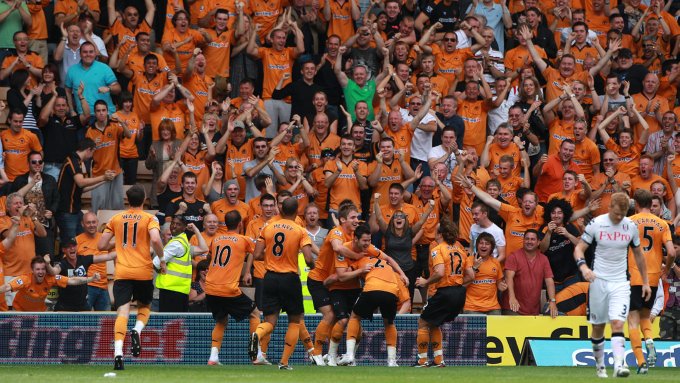 Wolves 2-0 Fulham: Ryan Jarvis is mobbed after scoring Wolves’ second goal of the game to keep his side’s 100% start to the season intact – only 36 more to go 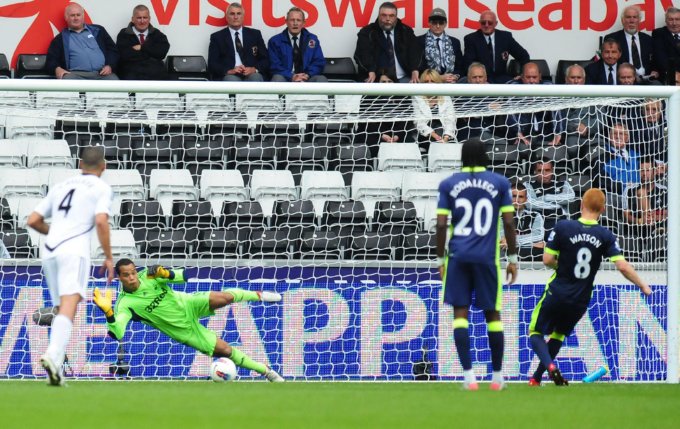 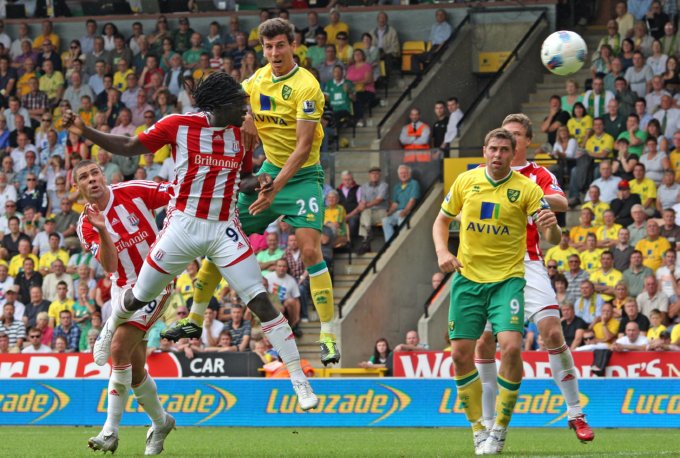 Norwich 1-1 Stoke: Kenwyne Jones rises to head home an late equalizer for the Potters in the fourth minute of injury time 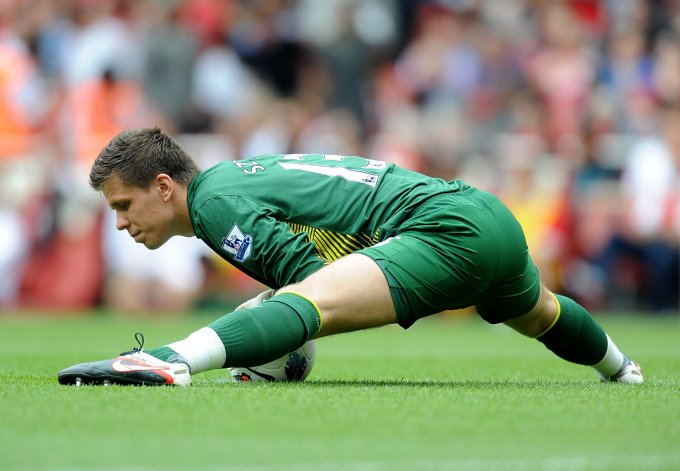 Arsenal 0-2 Liverpool:  We’ve already seen the best photo from the game, but this snap of Wojciech Szczesny taking his groins to the limit during the warm-up is equally impressive 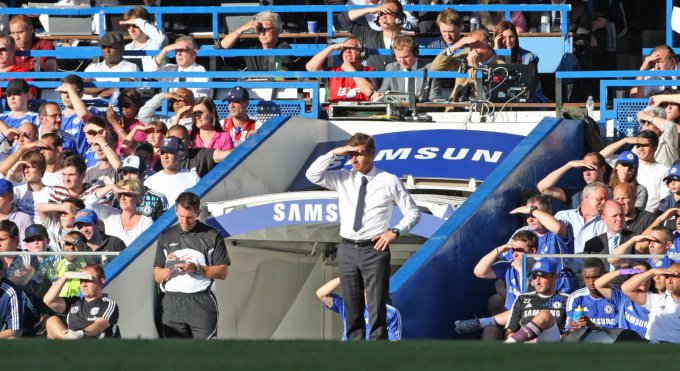 Chelsea 2-1 West Brom: Andres Villas-Boas (and everyone else in the East Stand) struggle with the sun at Stamford Bridge 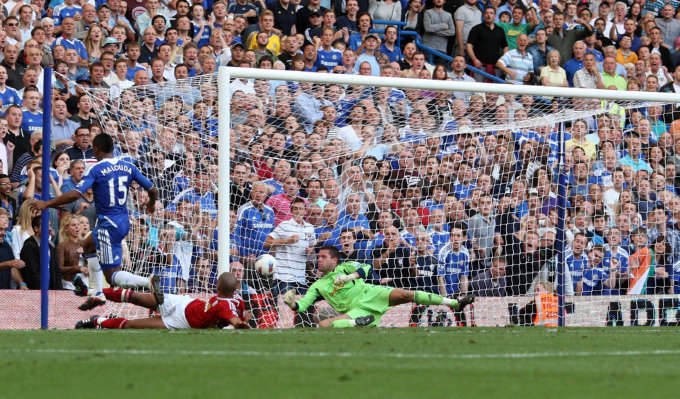 After falling behind in the fourth minute to Shane Long’s opportunistic opener, Florent Malouda knocks in Jose Bosingwa’s cross at the far post to seal the victory for Chelsea with just seven minutes left to play 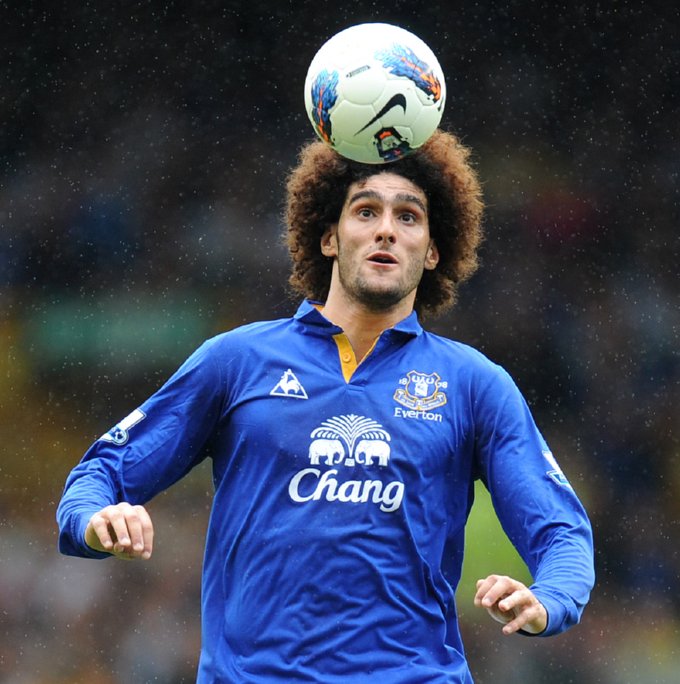 Everton 0-1 QPR: Tommy Smith scored the Hoops’ first Premier League goal since 1996 to hand the Londoners an away victory over Everton (who duly  fluffed several decent chances to get back in it) at Goodison 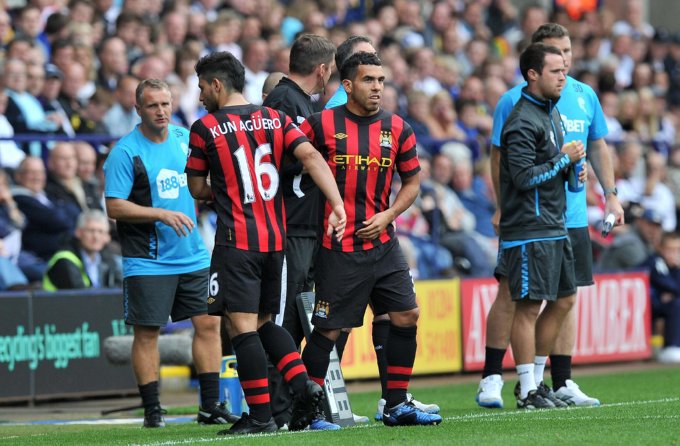 Bolton 2-3 Man City: Looking decidedly more fluid going forward than at any point last season, goals from David Silva, Gareth Barry and Edin Dzeko were enough to hand City an away win at the Reebok to leave them top of the Premier League pile – oh, and Señor Tevez made an appearance