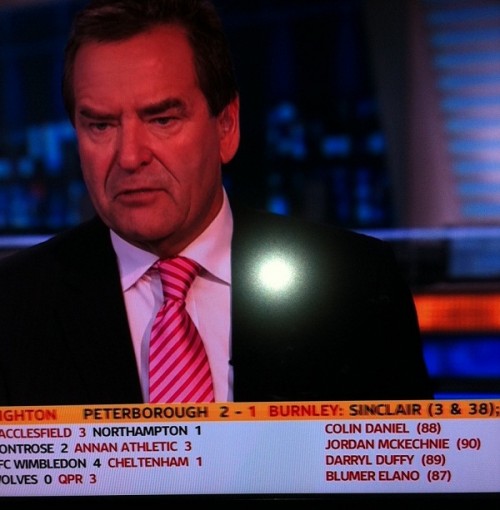 Soccer Saturday’s very own vidiprinter, the one which spews out all the goals and cards from the day’s games as Jeff Stelling and his panel of ill-prepared pundits indulge in cringeworthy in-jokes and back-slapping, is, like Paul Merson and co., prone to the odd gaffe.

On Saturday one of the Sky Sports elves badly messed up, awarding QPR’s third goal of the game against Wolves to one Blumer Elano. In reality, the Brazilian midfielder hasn’t kicked a ball in anger in England since 2009, and currently lines out for Santos in his home country.

Not sure the actual scorer of the goal, DJ Campbell, would have been too impressed.