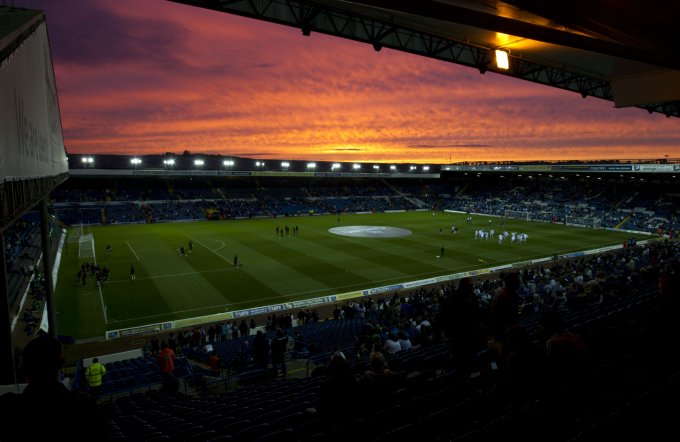 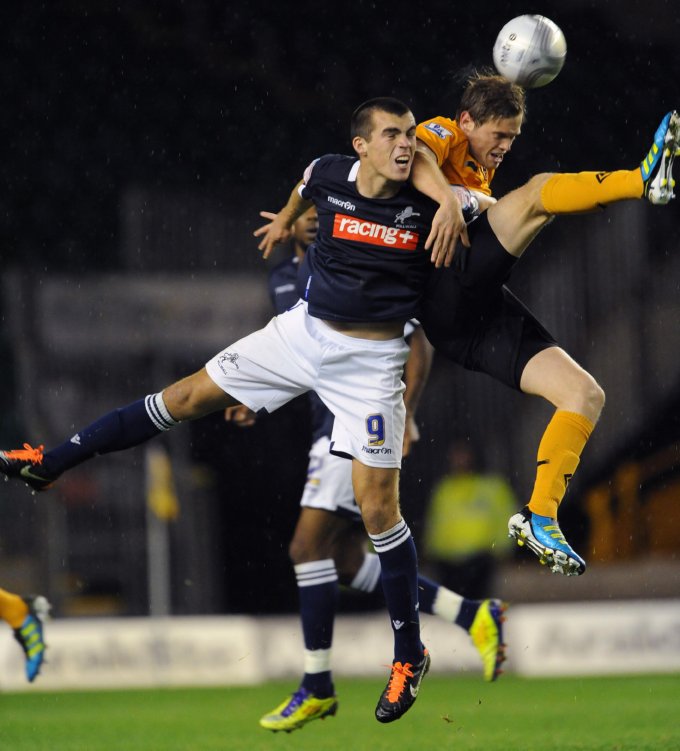 Wolves’ Richard Stearman and Millwall’s John Marquis do battle in the air over Molineux. The Premier League side eventually ran out comprehensive 5-0 winners

Chris Eagles celebrates after scoring against Villa during the second-half of Bolton’s 2-0 victory over Big Eck’s side, meaning that the Scot won’t be lifting the trophy twice on the bounce 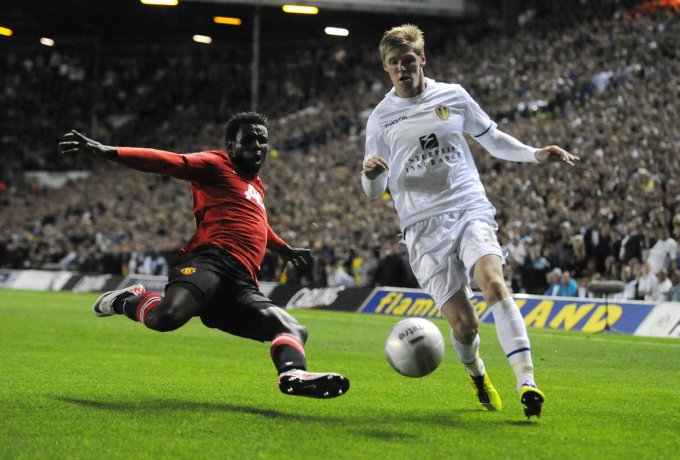 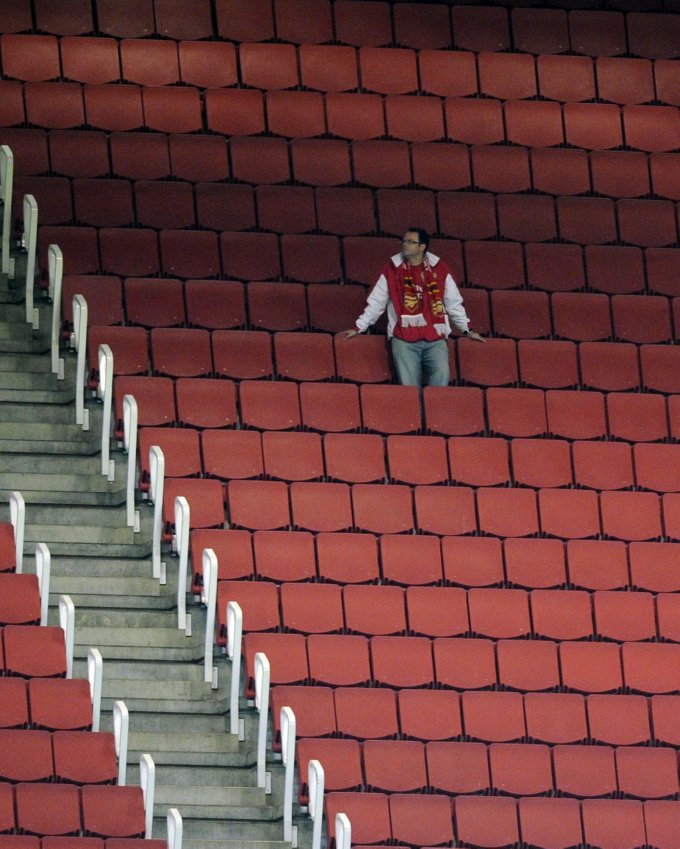 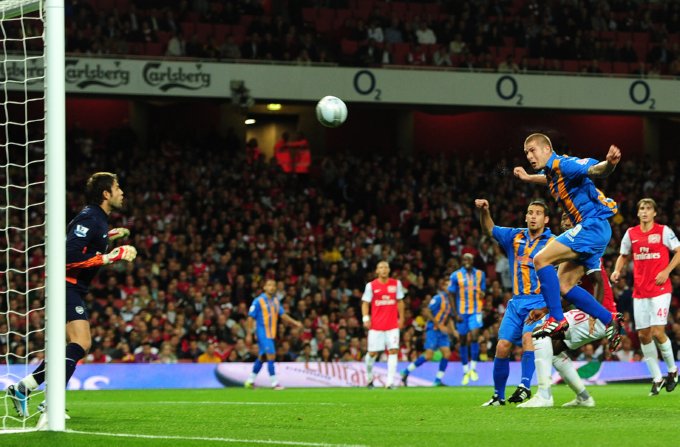 Shrewsbury’s James Collins gives his side a shock 16th-minute lead at the Emirates, with Mark Wright also rattling the woodword before Kieran Gibbs, Alex Oxlade-Chamberlain and Yossi Benayoun all scored their first Arsenal goals to dig out a 3-1 victory for the Gunners 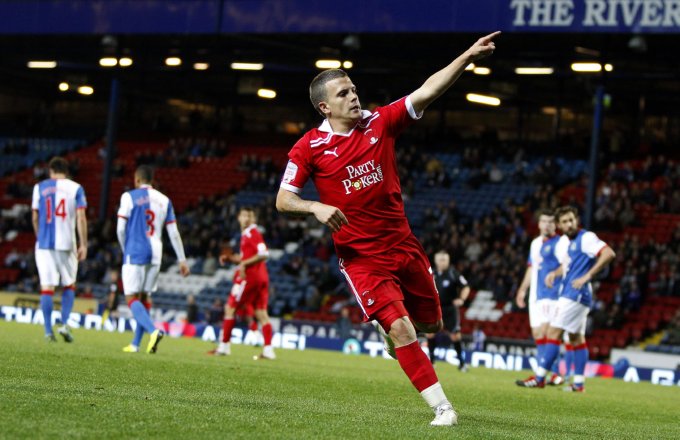 Leyton Orient winger Dean Cox celebrates after scoring The O’s second goal in the 86th-minute against Blackburn, though it proved to be a consolation with Rovers winning 3-2 thanks to goals from Jason Roberts, Ruben Rochina and Simon Vukcevic 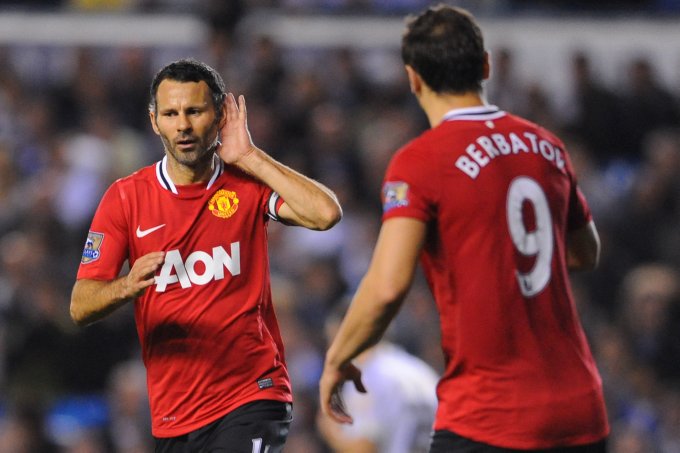 Ryan Giggs gestures to the Leeds fans after scoring Manchester United’s third and final goal in their comfortable 3-0 win. The first two goals came courtesy of a Michael Owen brace on his first appearance of the campaign 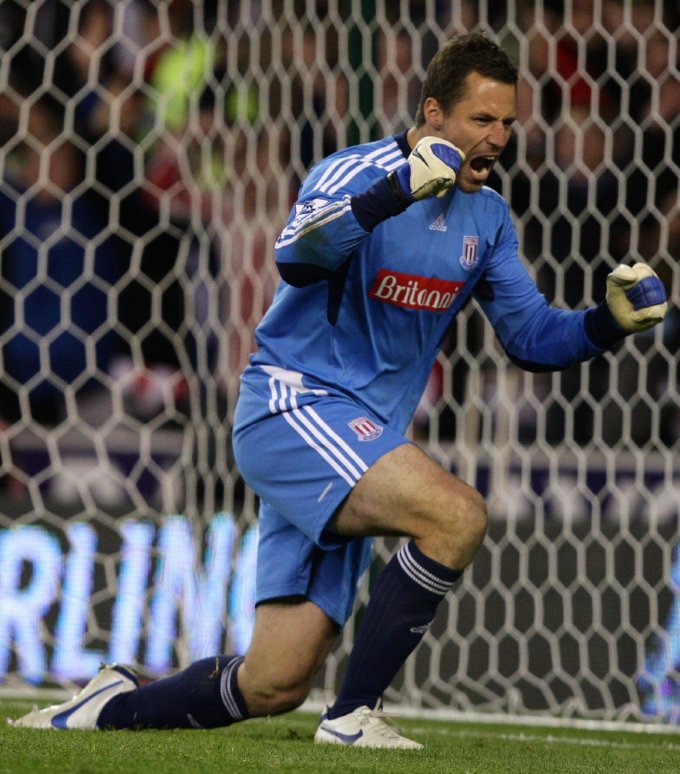 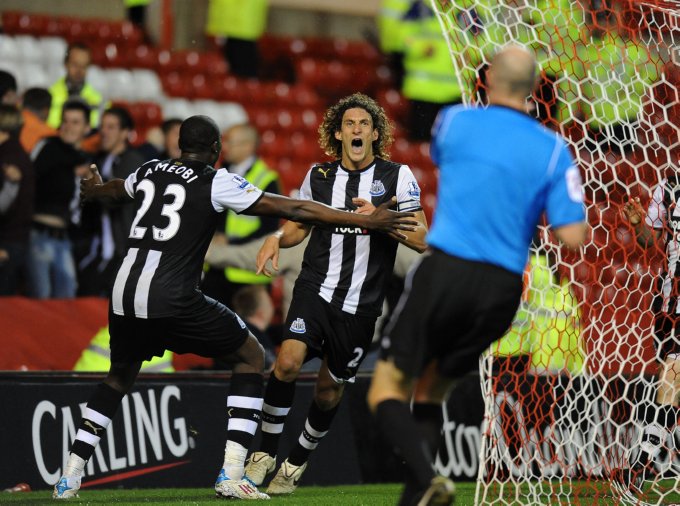 Fabricio Coloccini (curse you, you windswept sheep!) celebrates after heading home Newcastle’s winner in the very last minute of stoppage time and the end of extra time to snare the Toon a dramatic 4-3 victory over Nottingham Forest at the City Ground.

All of Tuesday night’s League Cup third round results…