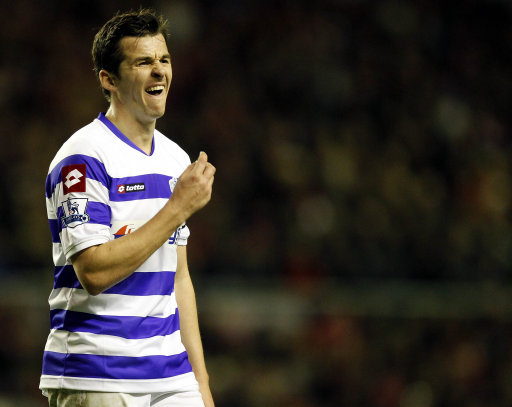 Poor old Joey Barton. As well as having to contend with QPR’s freefall into the drop-zone, football’s Nathan Barley has just had his house invaded by squatters.

The reformed bad-boy is currently renting a place in west London while his house is being renovated. But while the builders were no doubt ‘on a break’, a gang of free-loaders broke in and changed the locks.

The Smiths-loving media node Tweeted the bad news to his cyber-followers, saying:

“Just heard the news some squatters broke into my house last night and changed the locks. The cheeky b*******.”

Later the midfielder revealed that the squatters, whoever they were, had left the property rather quickly, Tweeting:

“Squatter issue over and fully sorted.”

“Might go to nearest pet shop and purchase 20 tarantulas, 20 snakes and as many rat as I can get my hands on, pop them through letter box. Then we’ll see who the clever one is. Be warned squatters, your time is up.”

Maybe Neil Warnock has lost the plot and is stalking all his former QPR player in a crazed campaign of (misplaced) revenge?