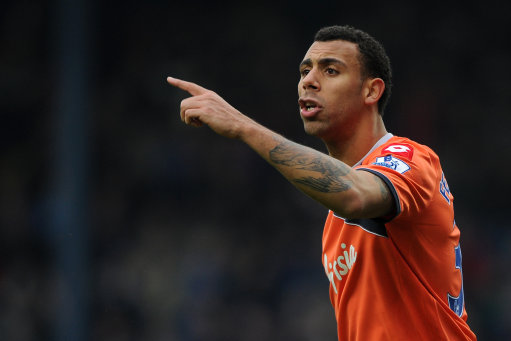 “The club is alive… with the sound of impending relegation”

Brother of celebrity Twitter start, Rio, and QPR football defender man, Anton Ferdinand, has revealed that his life could have taken a different, altogether more auto-tuned path in his younger days.

“We were the original JLS. We used to sing a lot together when we were younger and do talent competitions. We had a group of friends that used to go round each other’s houses and sing.”

“I’d definitely like to think about a collaboration with them in the future.”

A ‘collaboration’ with them? One imagines JLS would be looking to work with the likes of  – damn it, who do the kids like these days? – Will Smith or Shania Twain, rather than Anton bloody Ferdinand.

Get in Gary Neville as the ugly fellow on bass guitar and they could even, whisper it, be the new Bros.