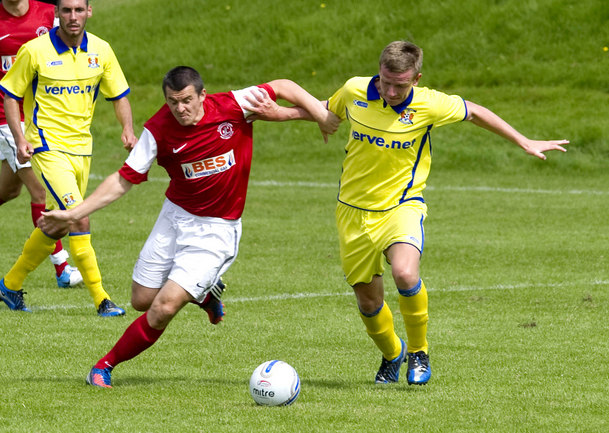 Ahead of his 12-game suspension for acting the gobshite against Man City last season, philosopher, intellectual, puncher of things and professional footballer, Joey Barton, is keeping himself fit by training with Football League newcomers Fleetwood Town.

The former Newcastle United man played 45 minutes with the Cod Army in a pre-season friendly against Kilmarnock on Tuesday (which they won 4-0), and apparently behaved impeccably, with not a tantrum to be seen.  On the club website, Barton said:

“It feels painful and I’m a little bit stiff. This was only my 5th day of pre-season after 8 or nearly 9 weeks sitting with my feet up after the exploits of Premier League season last year. It’s just good to get going again. The body aches but its part and parcel of the job. It’s part of the game none of us like but it’s a necessary evil to be ready for when the games come at the start.”

The 29-year-old isn’t expected to play any more games for Fleetwood Town, and will return to Loftus Road to continue his training.