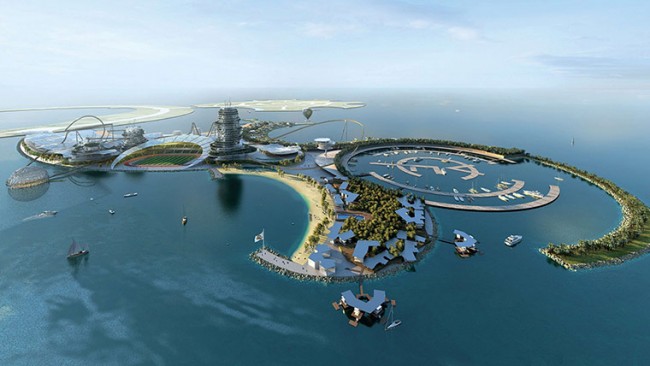 Real Madrid have announced that they plan to build a vast Real Madrid-themed holiday resort-cum-theme park on an artificial island in sea off the UAE at a cost of $1 billion.

The resort is due for completion in early 2015 and will feature it’s very own marina, a smattering of five-star hotels and villas, an amusement park, a luxury swimming pool complex (complete with a high-diving board called ‘Sergio’ in honour of Señor Biscuits) a club museum and a ‘futuristic’ 10,000-seat stadium with one side open to the sea, which presumably means that a whole load of Cristiano Ronaldo ‘tomahawks’ will be washing up on the shores of Dubai in the not-so-distant future.

The only trouble is, the sodding thing needs a name – which is where Pies come in – though not in any official capacity, you understand.

We’ve given it literally minutes of though and this is the best we can do:

“Pepe’s Pleasure Beach: Where everyone acts like a complete atoll”

…which is, frankly, rubbish. So we’re handing over the reigns to you.

Can you do any better? Please say you can do better…