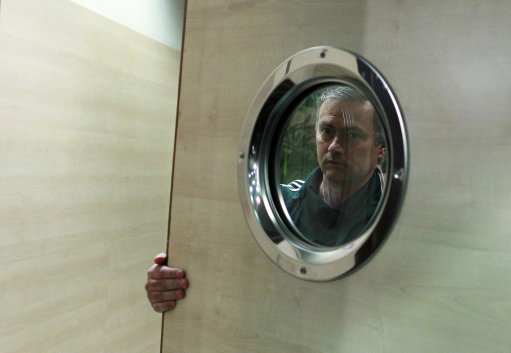 Don’t you just hate it when you get trapped inside an evil mirror by mistake?

Real Madrid coach Jose Mourinho is to have a street named after him in his hometown of Setubal after the town hall decided to honour the Portugeezer’s achievements over the past decade, i.e, winning league titles in four different countries and a brace of Champions League trophies thrown in for good measure.

The Setubal town hall have released a statement saying they have decided to honour Mourinho with a street name for his “extraordinary role in international sport”.

The exact street or avenue that is to be smote from existence to make room for the new Mou-de-sac is yet to be chosen, but the town hall’s general assembly apparently voted unanimously to approve the gesture.

Anywho, given that Setubal is currently one of Portugal’s most impoverished and unemployment-stricken (about twice the national average) cities, we’re guessing the news may have gone down locally like a cup of cold vomit, but hey ho.

We’re happy to put forward “Jose Mourinho Por Que Parkway” as a possible option – people of Setubal, feel free to use it with our compliments.

Any more suggestions out there folks?