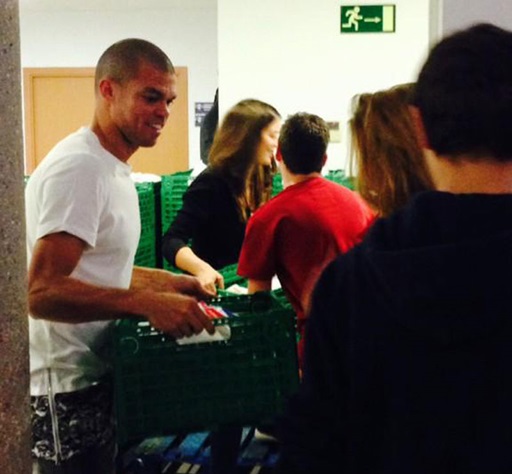 There is an awful lot to dislike about Pepe the professional footballer, but it would appear that “Pepe the human being” is actually a thoroughly decent chap.

Just as he did last January, the oft-maligned Real Madrid centre-half spent his Thursday night distributing emergency food parcels to the most disadvantaged residents of his local neighbourhood of Las Rozas, Madrid.

According to Spanish paper AS, Pepe, who apparently attempted to perform his charitable act with “the most discretion possible”, paid for 9,000 kilos of food himself with each parcel containing staple items such as rice, flour and tinned vegetables. 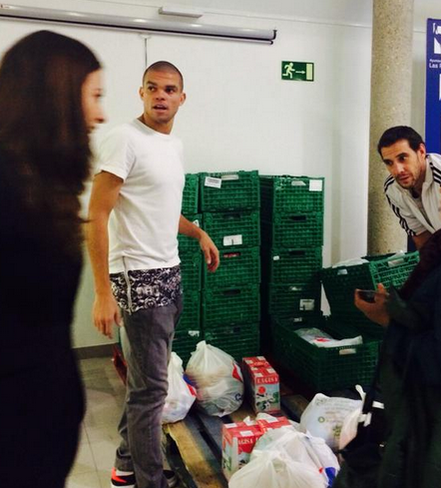 Funny, but all we can see in that photo is one thoroughly good egg.