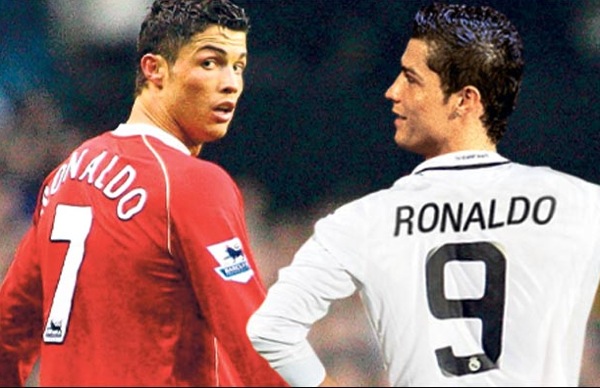 Now that Raul has left Real Madrid, it looks like Cristiano Ronaldo will claim his No.7 jersey – as C-Ron has both ‘CR7’ and ‘CR9’ trademarked, this won’t be a problem, except for tight Real fans who already own No.9 Ronaldo replica shirts.

In an interview in Los Angeles, Ronaldo revealed that he wanted to change back from 9 to 7, and that Raul would be ‘proud’ (Google translation) for him to take his old number. Ron wore the No.7 shirt at Man Utd, of course.