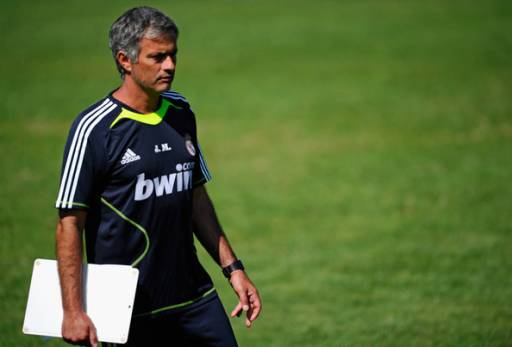 Jose Mourinho has set tongues wagging once again by predicting that, once he vacates his post at the Bernabeu (his contract runs for another three years), his next job will see him returning to England’s fair shores – claiming that he and the Premier League have ‘unfinished business’.

Firstly, when asked about Madrid finding themselves pitted against Tottenham in this season’s Champions League quarter-finals, Mourinho told The Sun:

“I didn’t want Chelsea vs Inter [drawn out last season], because last season it was difficult to play against Chelsea. I did it, and I did everything I could to help my team, but I was not comfortable. I don’t like to play against my friends.

“You can feel that it is a happy team, and happy teams are dangerous teams.”

Mourinho was then asked where he thought his long-term future lay, to which he replied:

“I miss England and my next job will be in England, there is unfinished business and I think England wants me back, no? It was the most enjoyable time of my career.”

Fergie out, Mourinho in? You know it’s going to happen.