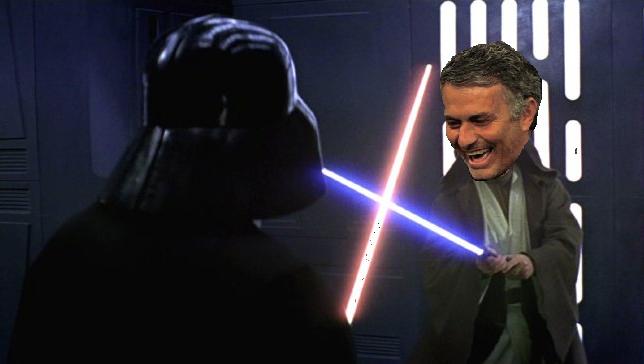 “You can’t win, Florentino. If you strike me down, I shall become more powerful than you could possibly imagine.”

Sadly (or ‘thankfully’, depending on your particular bias), this is a life lesson that former Real Madrid director Jorge Valdano has had to learn the hard way.

Madrid have ‘ended their contractual relationship’ with Valdano, a move which hands full control of Los Blancos’ transfer dealings over to Mourinho.

”The experience of the season just ended has shown the need for new organisation at the club, giving autonomy to our coach. This is the first step in our reorganisation process which we will develop in the coming weeks.”

Valdano and Mourinho clashed a number of times over the course of last season, with the pair often sniping back and forth about the need to replace the then-injured Gonzalo Higuain with a big-money signing and the latter’s reluctance to place any faith in £40-million wastrel Karim Benzema.

It seems that Valdano is leaving the Bernabeu on good terms, citing his eternal love for the club – though you’d suspect that the €3.5 million pay-off in his back pocket is also going some way to easing the pain.

Where now for Mou and Madrid? Who knows, but Mateja Kezman is presumably on standby.