Having just signed Paolo Di Canio from Celtic in August of 1997, Sheffield Wednesday opted to present their new man to the press at Hillsborough in as culturally sensitive a manner as possible: by roping in their only other Italian player, Benito Carbone (who joined the Owls from Inter Milan the previous summer), and have the pair pose with a mouthful of what was obviously considered in Yorkshire to be the Italian national dish – a £1.50 ham and mushroom frozen pizza from Asda, completely raw of course… 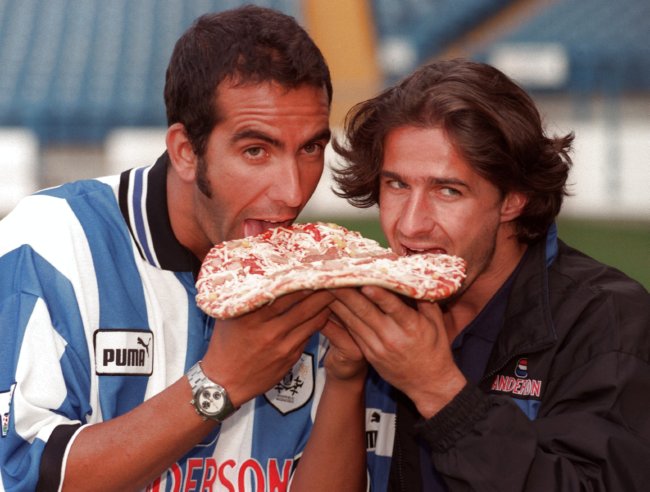 Mmmm, just like Mama used to make back in the old country.

A couple of months earlier, Regi Blinker was unveiled at Hillsborough by having him burst out of a giant edam in the middle of the pitch. *Sigh* Those were simpler, more innocent times.