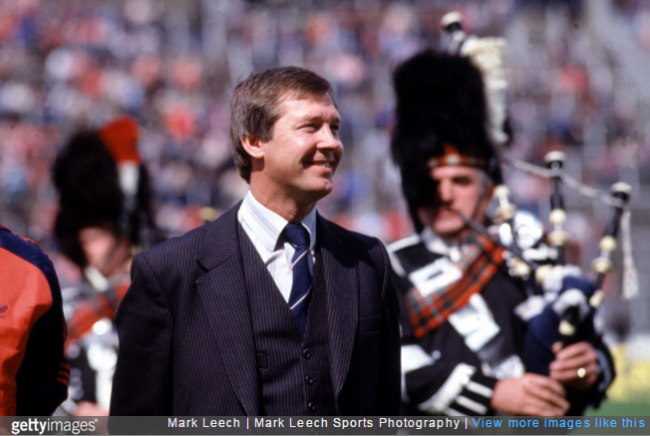 Many thanks to Pies fan Greg Kincaird for nudging us toward a lovely little morsel of retro footballing goodness this morning, with a glimpse into Sir Alex Ferguson’s early managerial career.

An official club document written by Ferguson while in charge of Aberdeen has bubbled to the surface over on Reddit, in which the “Poet Laureate of Govan” informs his players that they’ve all been fined £3 in the most un-Alex Ferguson manner you could probably imagine… 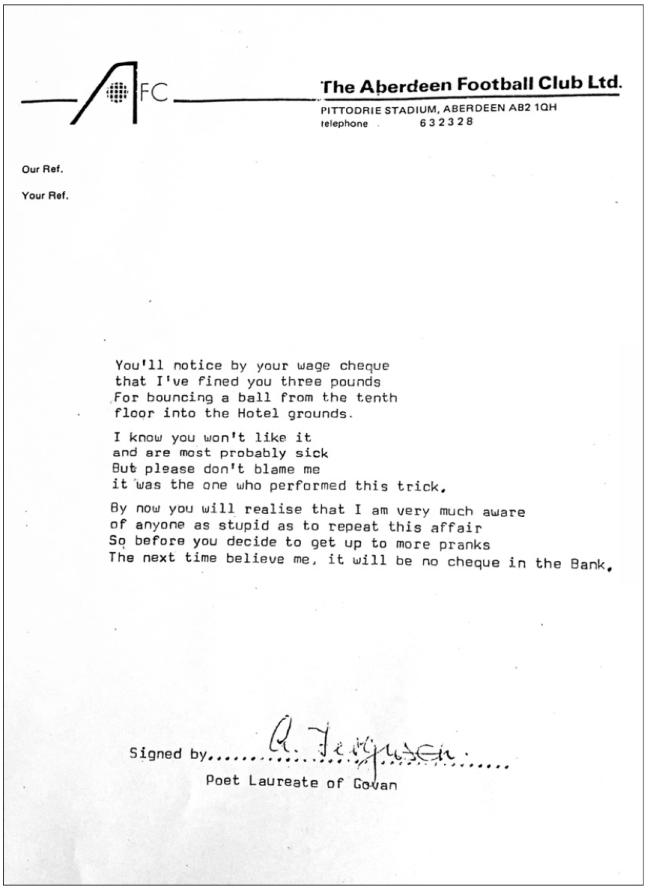 We were in Benidorm pre-season with Aberdeen, and inevitably the boys get a bit bored on occasion.

Neale Cooper and John Hewitt were sharing a bedroom on the fifth floor, and decided to drop a football from the window to see how high it would bounce back up again.

So they hung out, and let it go, the ball caught the edge of the swimming pool and rebounded over the perimeter fence never to be seen again.

When we got our pay-slips in at the end of the week all the boys had been docked three pounds each without warning.

It turned out Alex Ferguson and Archie Knox had been sitting by the pool and had seen the whole thing unfold, and we each got a copy of this poem, written by the boss, to remind us of our responsibilities.

Discipline, done with a flourish.

Transfer this mischief to Fergie’s Manchester United years and the player(s) responsible would’ve simply received a short, sharp Adidas Predator to the face.