Playboy Bunny Prue sprawls face-down in the mud during a charity football match between Hef’s girls and a team of ‘apes’ (i.e, the cast from the film ‘Battle for the Planet of the Apes’) in aid of the World Wildlife Fund at Hurlingham Park in London… 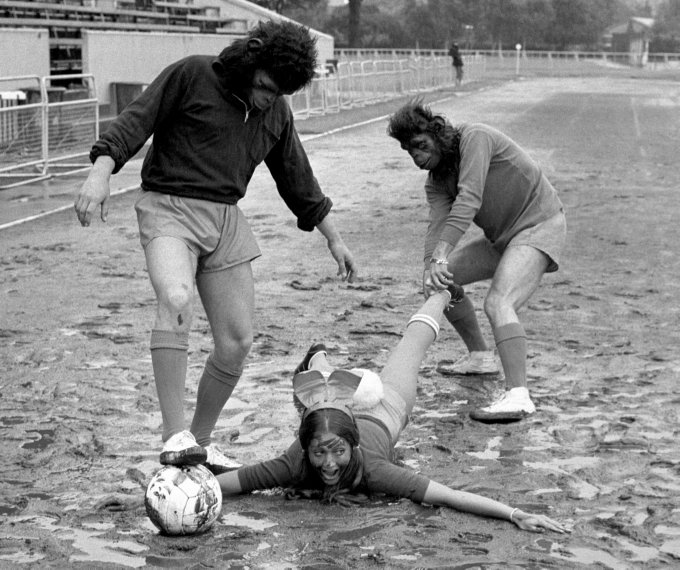 “Get your stinking paws off me you damn, dirty ape!” 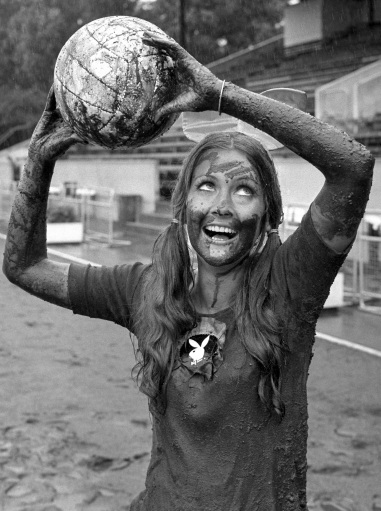 Little snippet for you trivia fans: Hurlingham Park was the stadium where Monty Python’s ‘Upper Class Twit of the Year’ sketch was filmed and was Fulham’s first ground, as the club played there while still a boy’s church side up until around 1896.