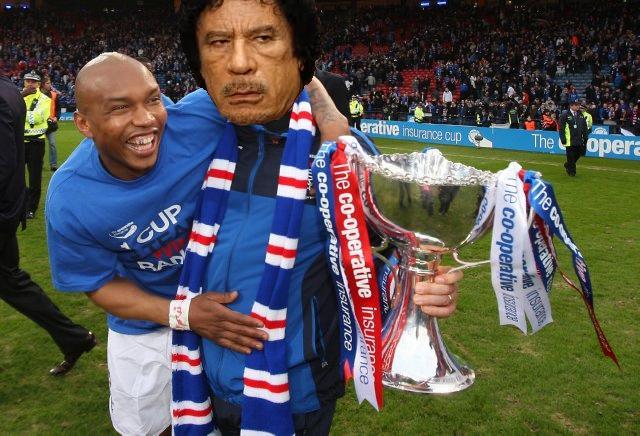 You can probably expect the following quotes to be flatly refuted by lunchtime but, according to the Daily Record, Rangers forward and all round loveable tyke El Hadji Diouf has spoken to an Algerian newspaper of his respect for Colonel Gaddafi…yes, that Colonel Gaddafi, i.e, the frothing despot that is currently driving Libya into the ground.

The Record quote Diouf as saying:

“Colonel Gaddafi is a man I have always admired. I am telling the truth. I know him, and I know his son Saif well. They are my friends.

“I do not honestly know what is really happening in Libya at the moment but it must be very hard for Gaddafi and his family.”

Yep, things sure are tough over at the Gaddafi place at the minute, though perhaps not quite as tough as in the string of Libyan townships that the quirky old Colonel has single-handedly destroyed by way of massacring his way through the civilian population over the course of the past few months.