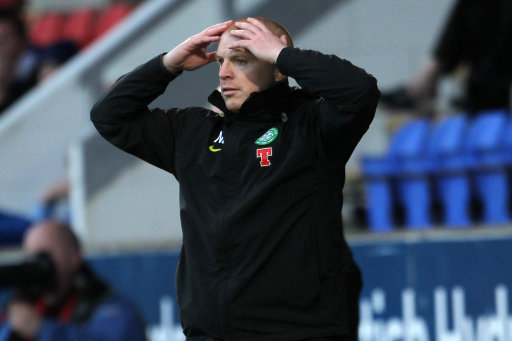 Strathclyde Police have launched an investigation after a Royal Mail sorting office intercepted a liquid parcel bomb that was addressed to Celtic manager Neil Lennon.

In the past few weeks two other devices have also been detected, one addressed to Labour politician Trish Godman and one addressed to lawyer Paul McBride – the man who represented Lennon throughout his legal dispute with the SFA.

Both Godman and McBride are well known to be avid Celtic fans.

All three packages were initially thought to be hoaxes, but analysis has revealed that they could have worked and were ‘viably designed to kill or maim’ – though they have also been deemed ‘rudimentary’ and probably not made by anyone with any level of para-military training.

The news comes months after packages containing bullets were sent to Lennon as well as Celtic players Paddy McCourt and Niall McGinn – all three of whom hail from Northern Ireland.