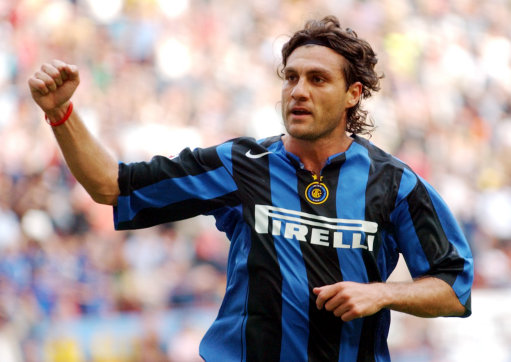 Italy’s former battering ram of a striker, Christian Vieri has been awarded €1 million (£800,000) in damages after it was found that former employers Inter Milan and Italian communications company Telecom Italia conspired to tap the player’s phone during his six years at the club.

Vieri, who represented Inter between 1999 and 2005 and is now retired, filed a lawsuit against his former club and Telecom Italia seeking a combined €21 million in damages five years ago – claiming the allegations of spying had damaged his playing career and caused him ‘undue stress’ after word got out that Inter were using phone-taps to monitor his personal life.

The rumours surfaced in 2006, when an entire dossier on Vieri was discovered by chance as part of an unrelated investigation into the Italian telephone company’s dubious ‘business conduct’.

Gazzetta dello Sport then reported that the dossier contained various details of Vieri’s movements, and that the player had been closely followed by his club during the 2000/’01 season and then again in 2004.

You’ve got to love Italian football, eh? Always something new to stare in disbelief at.