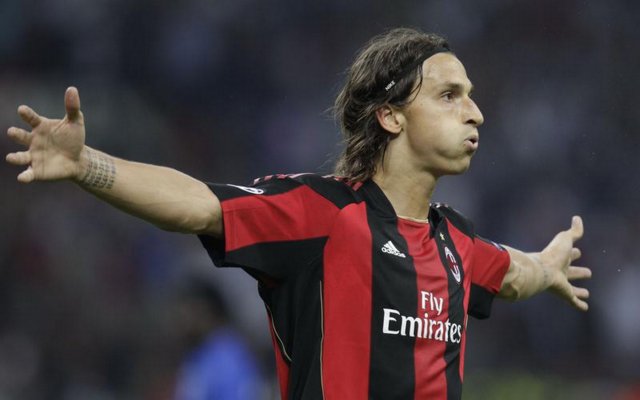 A few days after unleashing a flying Taekwondo stinger on Swedish cohort Christian Wilhelmsson, Zlatan Ibrahimovic’s flailing limbs have seemingly landed him in trouble once again – this time for lashing out at Milan fitness coach Giannino Beffa during a scuffle at the club’s Milanello training session yesterday afternoon.

The pair became involved in an ‘animated confrontation’, before the huffy striker lashed a kick toward Beffa’s groin (read: gentleman’s fruitbowl) which left him keeled over on the turf at the club’s Milanello training HQ.

According to several Italian papers, Zlatan was visibly upset before the session began and reacted angrily when Beffa taunted him by muttering something about ‘small and humble breasts, not to be confused with mountains’ under his breath after taking Ibra aside from the main group.

Milan have released a short statement on their website this morning claiming that, after ‘being made aware of the incident’, head coach Massimiliano Allegri and his assistant Mauro Tassotti decided to ‘suspend Ibrahimovic from first team activity’ (i.e, he’ll be training with the reserves) until the matter is dealt with internally.

The suspension means that Ibra will miss the Milan derby this weekend. Not that it really matters, seeing as though the Swede is currently serving a three-match ban after being sent off for unleashing his fists of fury on Bari defender Marco Rossi a fortnight ago.