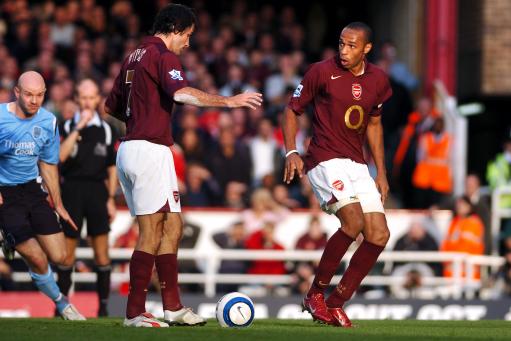 Introduced to the world by the Ajax duo of Johan Cruyff and Jesper Olsen in 1982  and then totally messed up by Arsenal’s Thierry Henry and Robert Pires in 2005 (see above), the famous two-man penalty kick trick has once again reared its cheeky head, this time in the less glamorous environs of the Bosnia & Herzegovina Second Division.

NK Sloga Ljubuski players, during a second-tier game against FK Igman, decided to show Henry and Pires just how to properly execute the spot-kick trick, bamboozling the ‘keeper in the process.

The opposition look rather confused themselves, but the goal stood, although the team did go on to lose the game 2-1. Where are all the fans though!!!?